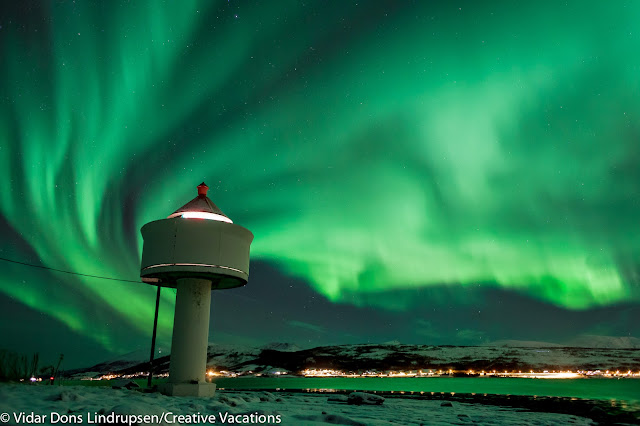 There is a lighthouse just south of the island of Tromsø.
I've been thinking of it and wanting to take a picture of it for a long time. I've driven by it, seen it, imagined it , for a year. The problem is that most of the time when I go out to take Aurora photos, I'm not alone, I'm with a group of people. The places I choose are chosen because there can be a bunch of us together and we can take photos without us actually being in each other's photos. 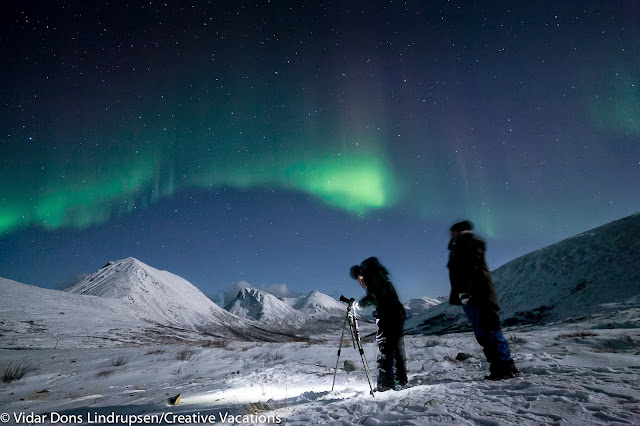 So last Friday I had the chance. The weather in Tromsø was good and we had some cancelations. I only had one client. Creative Vacations's rules says that there is a minimum of two participants to do the tour. In 99% of the cases we still run the tour with one client. What can I say? I like to be outside. I love my job. I love to take photos. Now I had the possibility to visit my lighthouse. 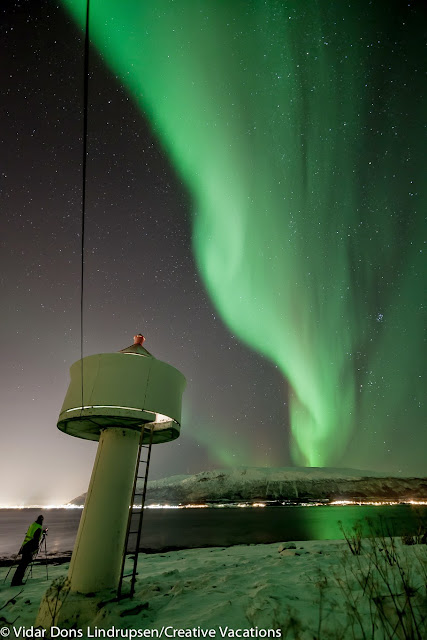 In my head when I imagined the photo, the northern lights was more to the north. The Tromsø bridge and the Arctic Cathedral would be visible. As it turned out there was high solar activity with a lot of Aurora Borealis right over our heads, and not over the city as I had imagined. 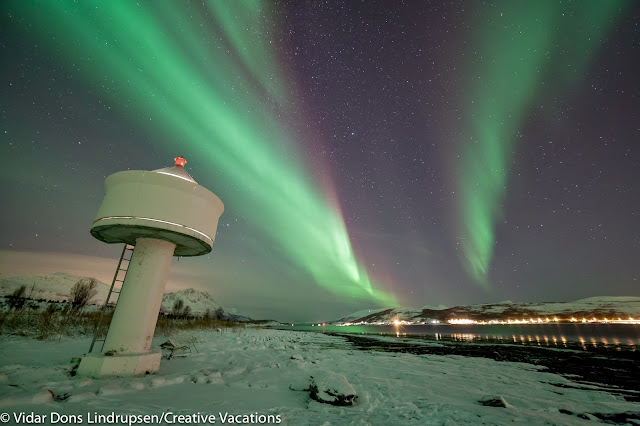 I ended up using the 14mm for most of my shots, and a few with the 28mm. To make the cathedral and bridge come out I would have needed at least 50mm or better a 85mm. The longer the lens, the more the background is compressed or closer. A wide angle makes the background appear further away. It turned out that I hadn't really thought about that when I headed out. I just brought my standard kit: 14mm and 28mm with a full frame camera. 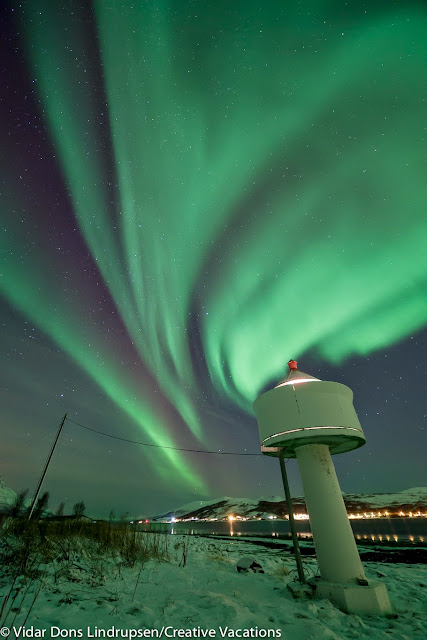 I'm really happy with the photos. Maybe I'll be back to do it again but,  I probably won't be back very often though. It's a place that does not give many types of different shots. There are not many mountains or other interesting stuff around, so photos get somewhat repetitive after a while. There are street lights in all directions so they will most likely get into the photo.  If you are in Tromsø for a few days taking Aurora photos you most likely want to take a type of "pure" nature photos, where you see untouched nature. Don't worry; those type of is still my primary goal. We will go back to This place. 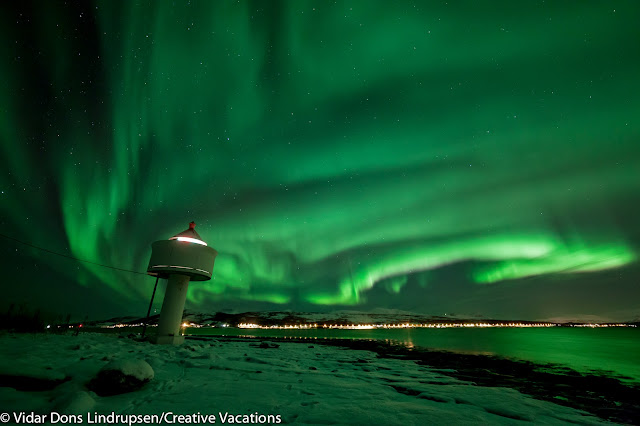