2013 has been a remarkable year for us at Creative Vacations. We have seen a lot of Aurora, been fighting to find a clear sky, we have increased the number of tours and the number of clients. Vidar has recovered from his broken leg, Silvia is doing more art and she is now preparing two exhibitions.

How do we find the clear sky then. For me it's a combination of forecast and local knowledge. I'm from a family of fishermen. My family has lived here for generations. We have a profound interest in the weather. Even more than the average Norwegian. 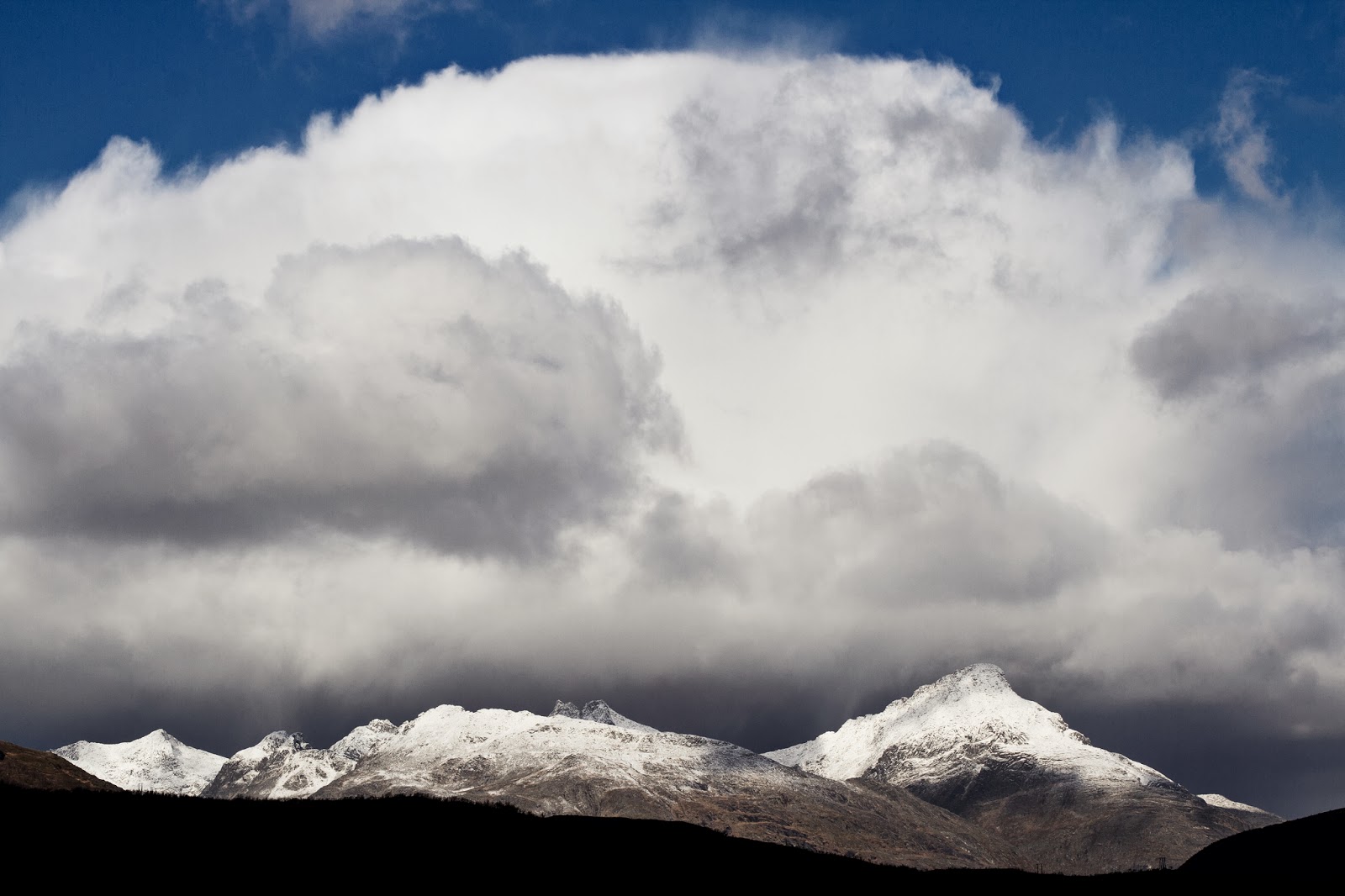 
Since we came back from spending the Christmas in London we have been out four nights. On those four nights the forecast has predicted overcast. Still we have had clear skies and Aurora on three out of four nights. On the night of the 29th, the forecast predicted a window in the clouds around midnight, it started raining instead. The day after on the 30th, it looked so bad in the afternoon that I offered the clients to cancel. None of them did, and it turned out to be super clear and super good Aurora. That was the best way for me to end 2013. Not let us all make 2014 the best year ever!
Posted by Silvia or Vidar at 09:27 No comments:

I'm all in favor of going (or shall I say driving?) the extra mile. But sometimes it's best to stay home. 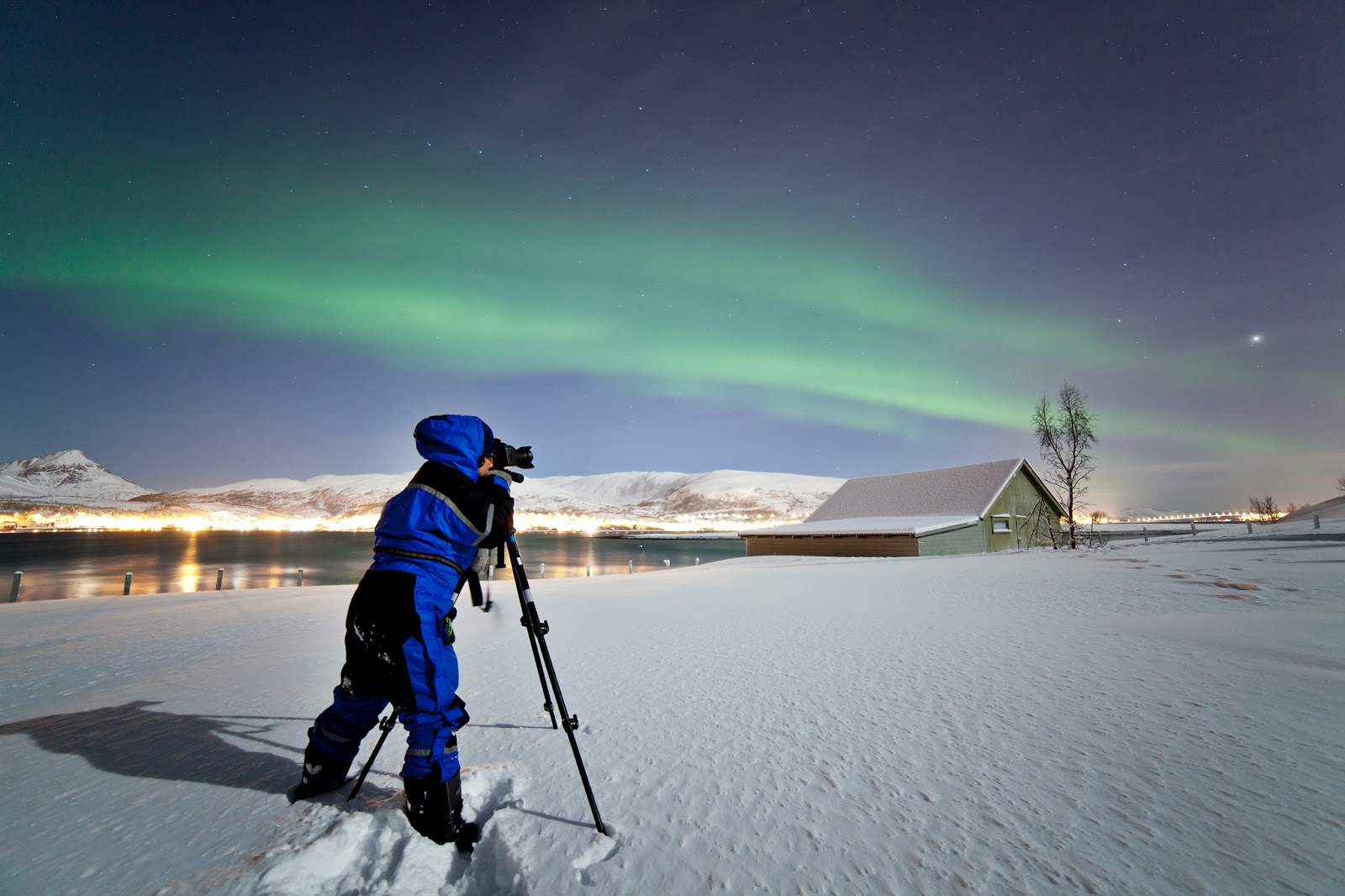 Last nights we had some guests with extra needs, so the arrangement was a little different. We were extremely lucky with the weather, and with madame Aurora. Aurora showed up at the time when I would normally pick up the clients, but yesterday was special in that way too.

Statistically there is most Northern Light activities from 10 to 11 pm. That's statistic. Yesterday there were most activities from 6 to 10 pm. A week ago there was an explosion at 2 am. To check it out for yourself, please go to http://flux.phys.uit.no/cgi-bin/mkstackplot.cgi?&comp=H&cust=&site=tro2a&Sync=& Click on real time to see what is happening now, or what happened an hour ago. Click on Prev. day to see how it has been. If the graph stays flat, there is no activity, if it goes up or down, something is happening. Be aware that even if the graph is flat we can often still see the northern lights.

Sometimes Aurora is shy. Very shy. The two last days she has been very shy. But she has been there. The moon is hiding too so the stars are out at their full strength. On December the 1st we found clear skies at the border between Norway and Finland.

December the 2nd it was misty on the border. But we could see the stars. We waited and waited.
Then suddenly we saw something on the camera. Those of us who get our right doses of cod liver oil and thus a good night vision could also see it with our eyes. 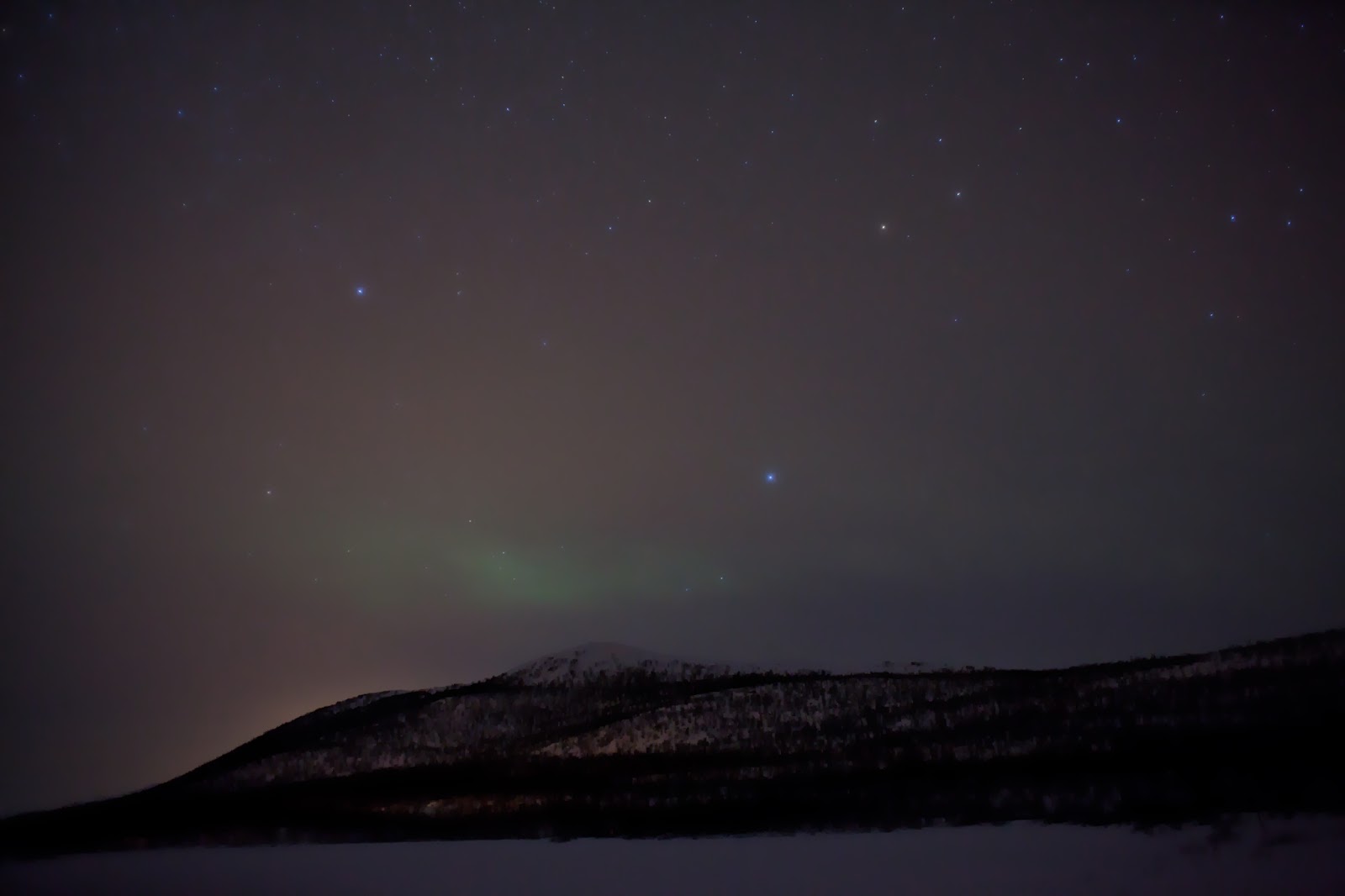 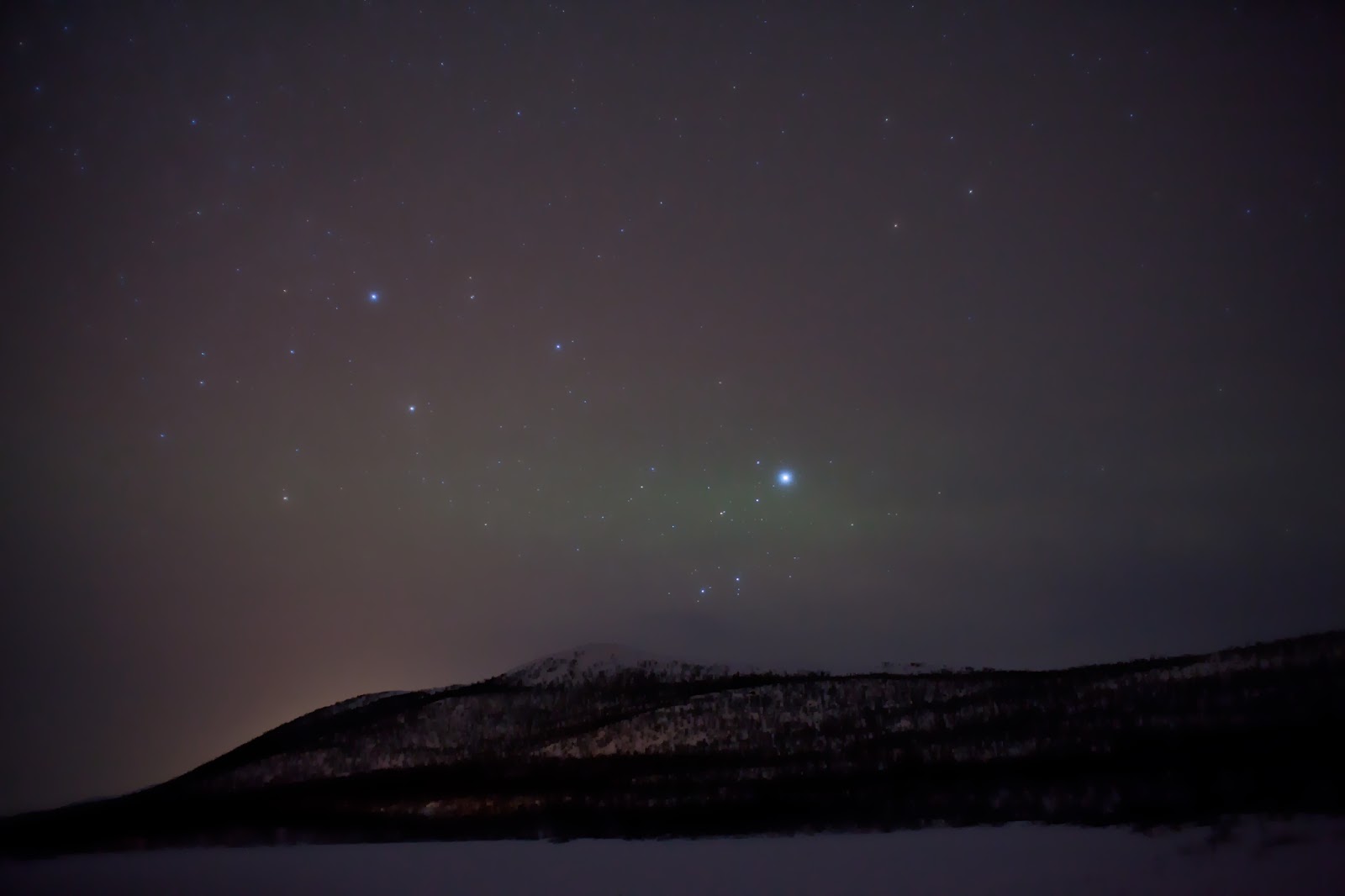 Posted by Silvia or Vidar at 15:06 No comments: