After struggling the last days with clouds and little solar activity Aurora made a magic appearance last night.
The weather forecast had told me that we had to go inland to find a clear sky. When we came out in the night after the theory part, Aurora was there already. We drove 15 minutes and set up the cameras. 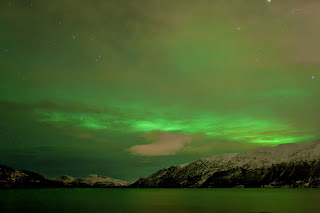 Aurora was still a bit shy and hiding behind the clouds. The sky was fairly clear right above our heads, But not where Aurora was. We hoped for her to rise in the sky. 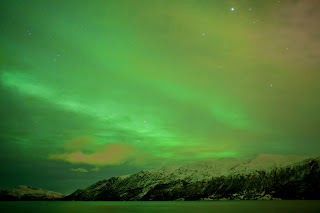 So much that we decided to move to another location.
The famous Ersfjord. 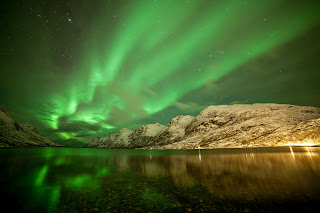 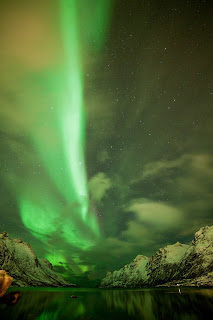 Still Aurora kept getting bigger and bigger, going more to the south. So after a while we drove to  the Restaurant at the End of the Universe

I was speechless. There are no words to describe this. 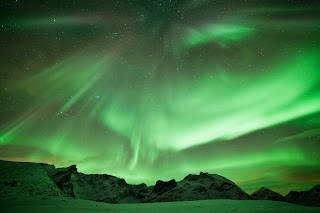 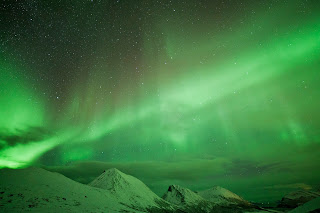 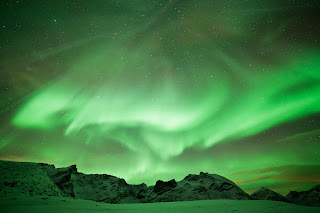 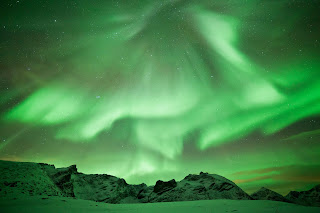