Does it take a Tottenham supporter?

And snowy.
And cloudy.
In Tromsø.

The weather forecast predicted clouds from here to Bottenviken. Officially there should not be a clear sky in the region. A few brave ones headed out with me. 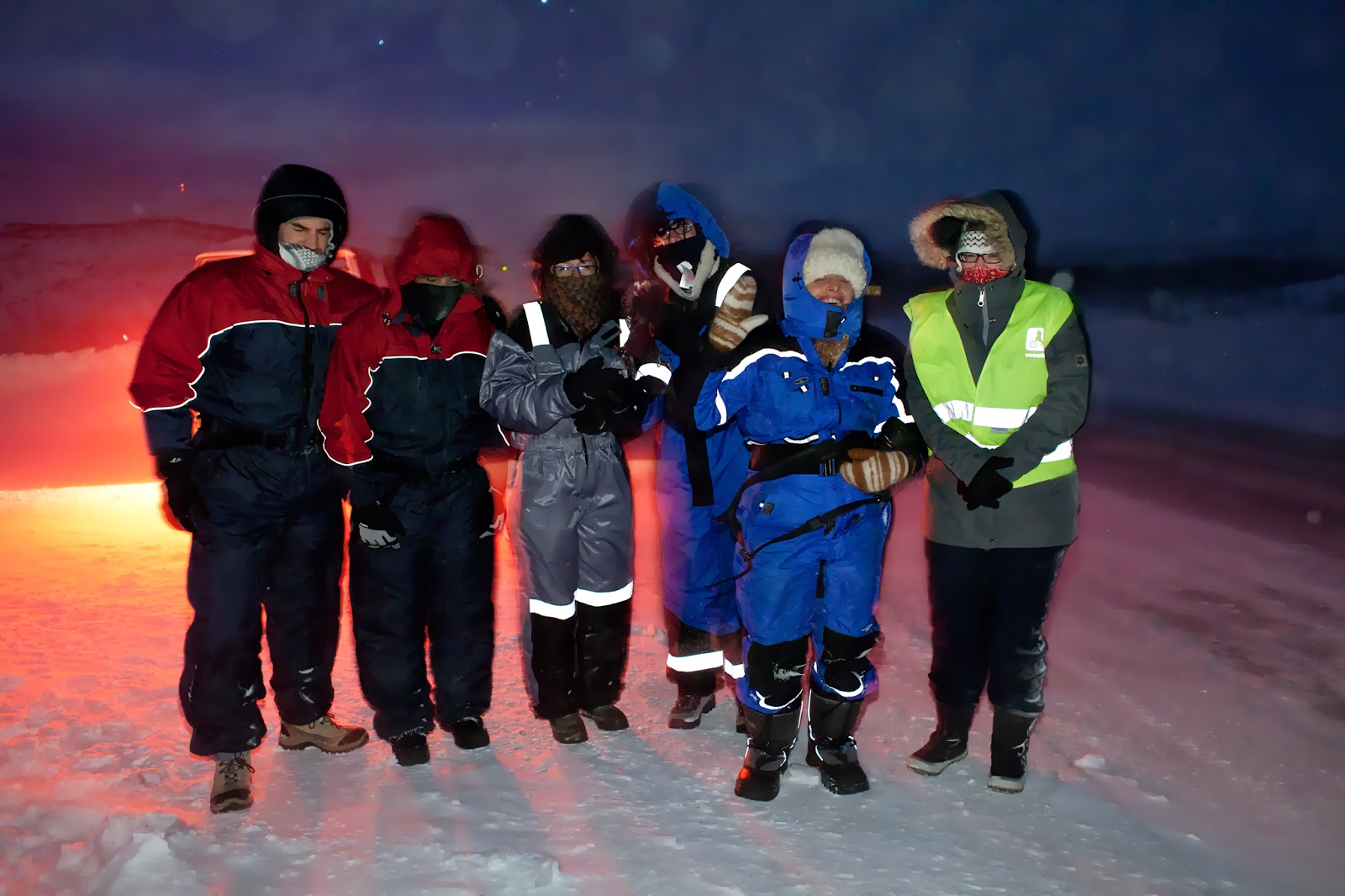 We managed to find a little bit of clear sky, we saw the stars, for a little while, and then it was over. The clouds rolled in and we headed back.

And snowy.
And cloudy.
In Tromsø.

Again the weather forecast predicted clouds everywhere. We didn't believe them and headed out in the dark and not so unknown.  After a few hours drive we saw this: 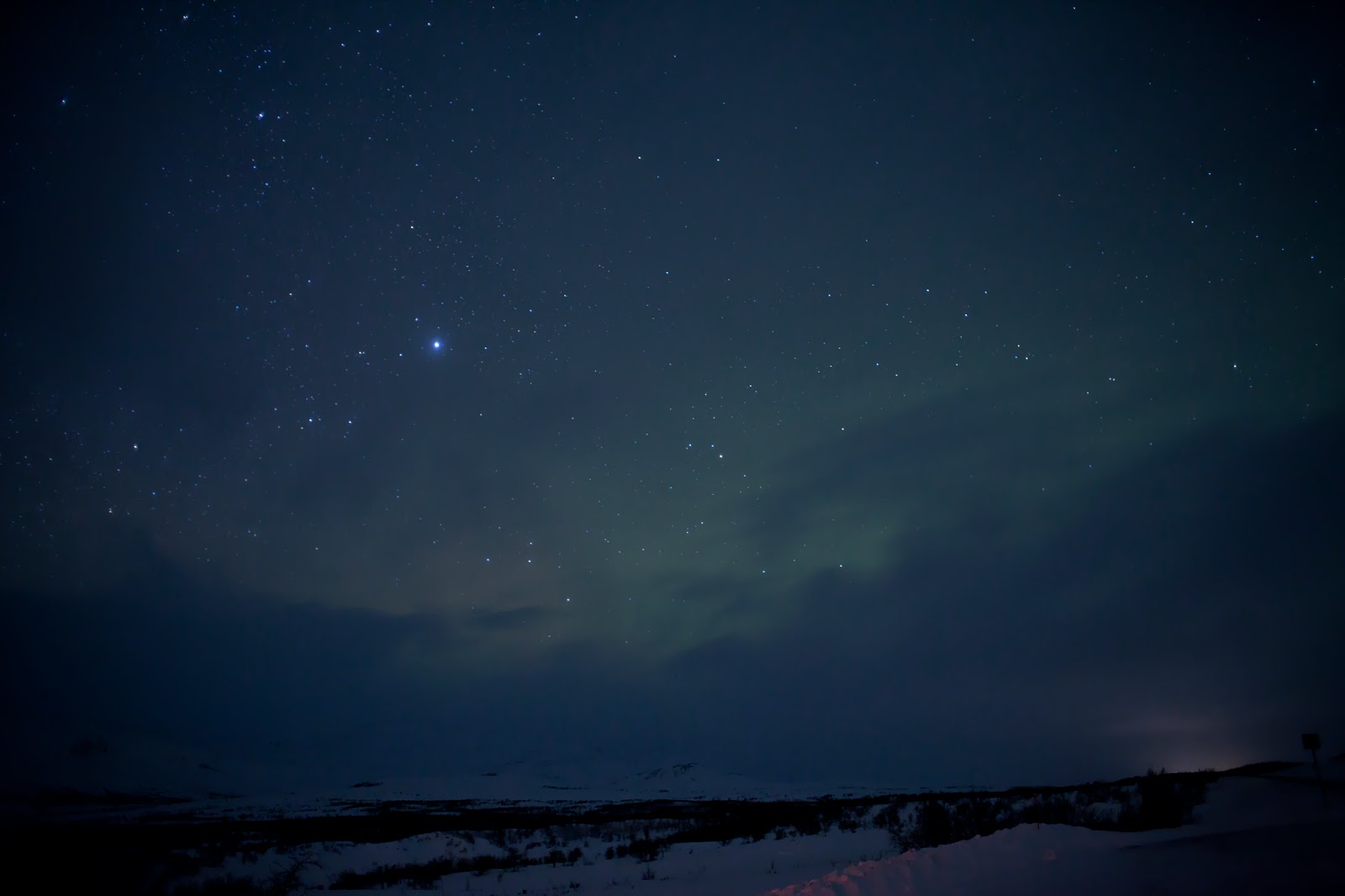 Clear sky, stars and a very very weak Aurora. We wanted more. But we only found more of the same: 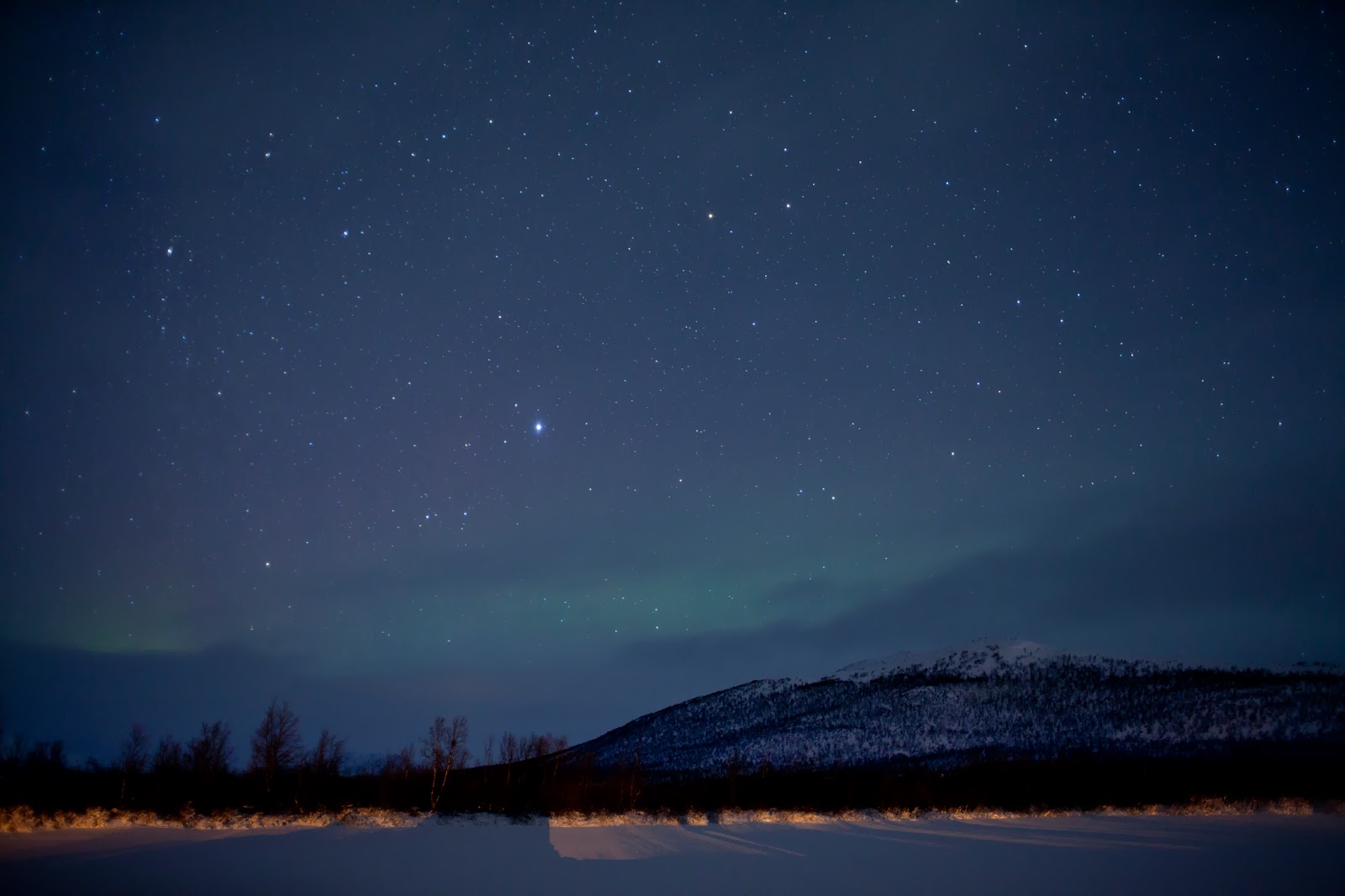 At the end the clouds caught up with us, it started snowing and we headed home.

And rainy.
And cloudy.
In Tromsø.
The weather forecast predicted clouds from here to Bottenviken.

This time we had a Tottenham supporter with us. Tottenham is playing against Tromsø on Thursday so he is here to see both Aurora and his team. Tottenham lost badly their last match, and Aurora has hardly been seen the last days. Despite this we all had a good feeling. We headed out in the dark and well known. 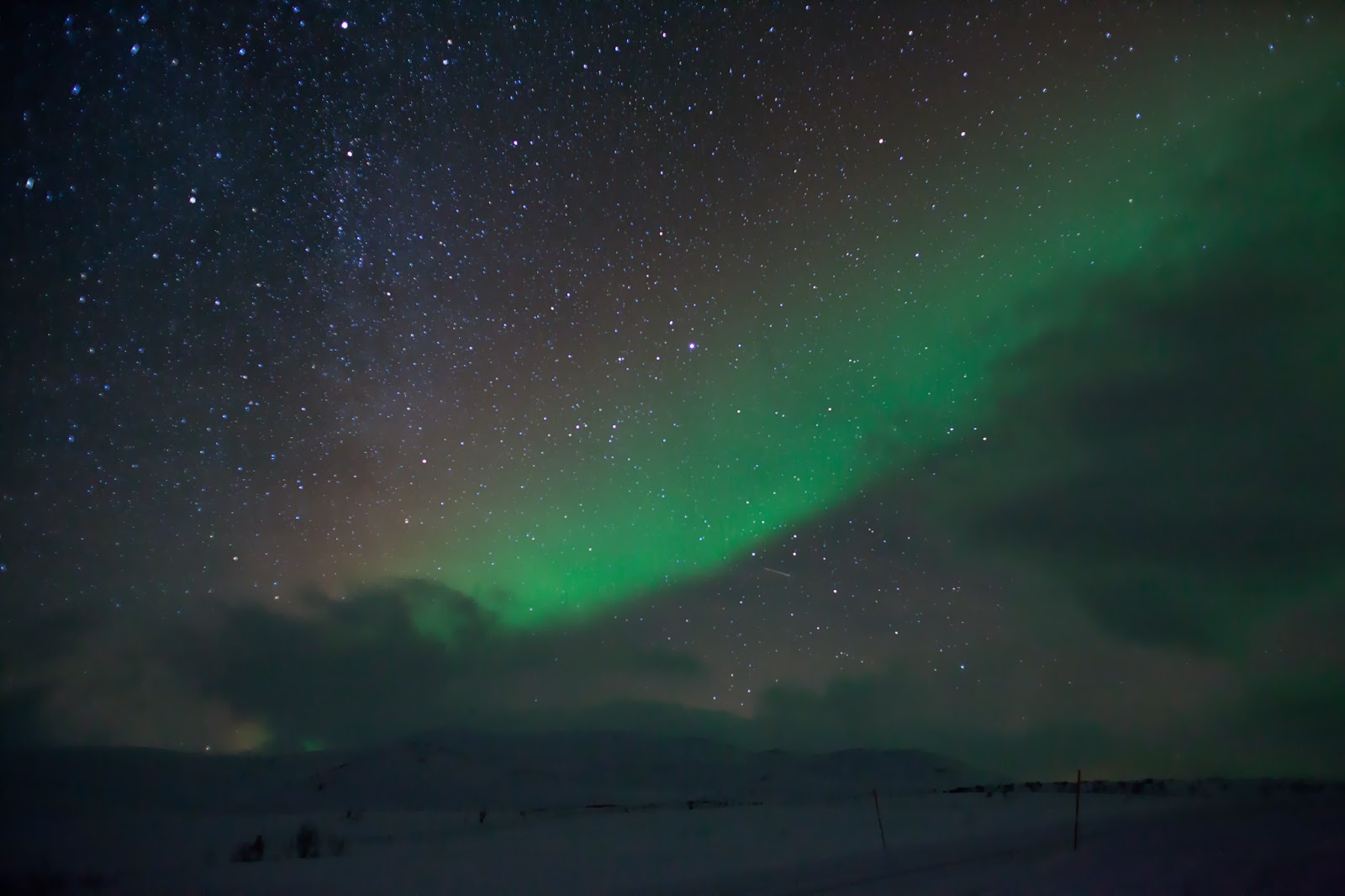 She was there... Aurora came... Sometimes it takes a Tottenham supporter... 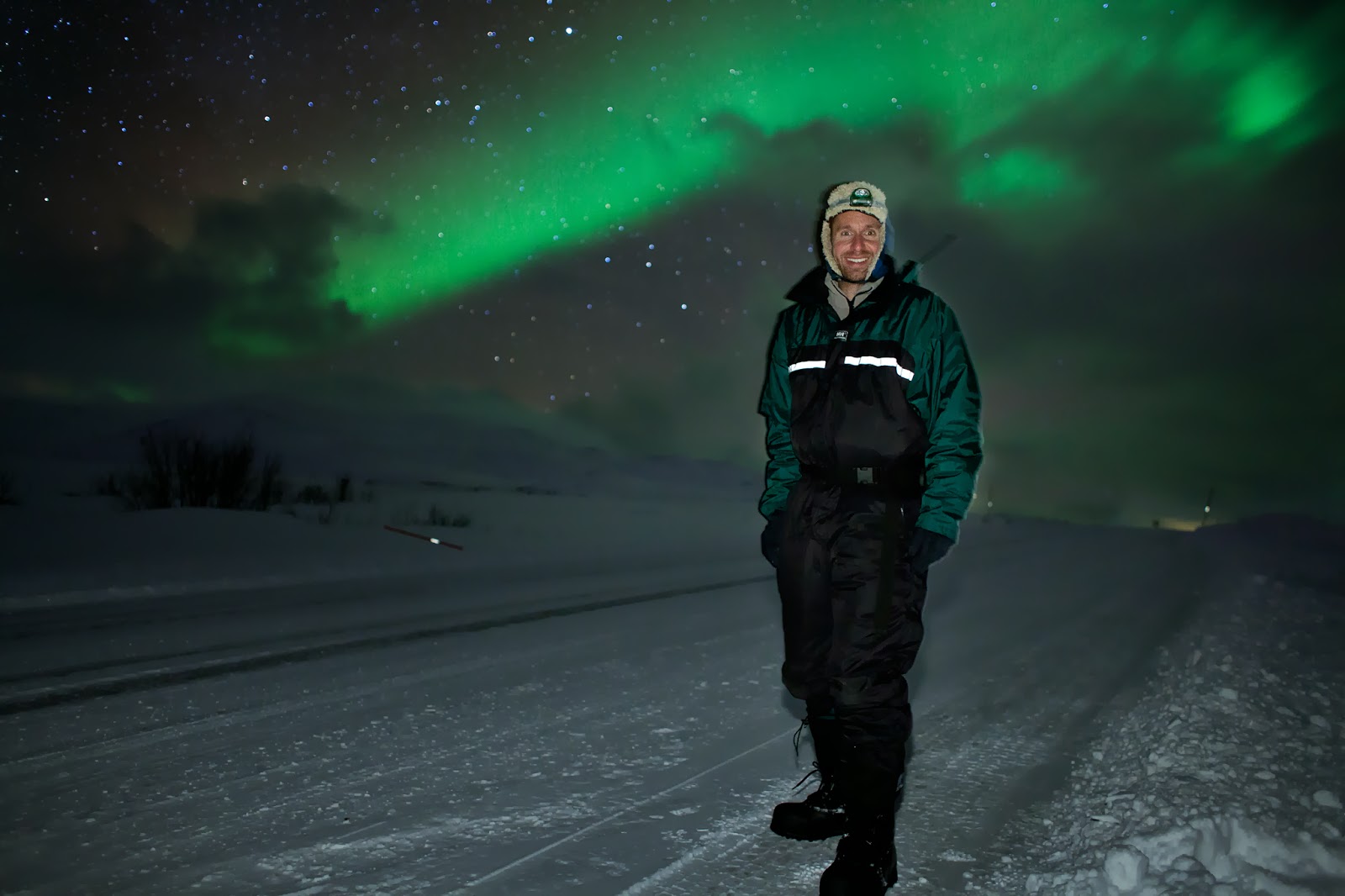 This is what I like to see. Photographers shooting away: 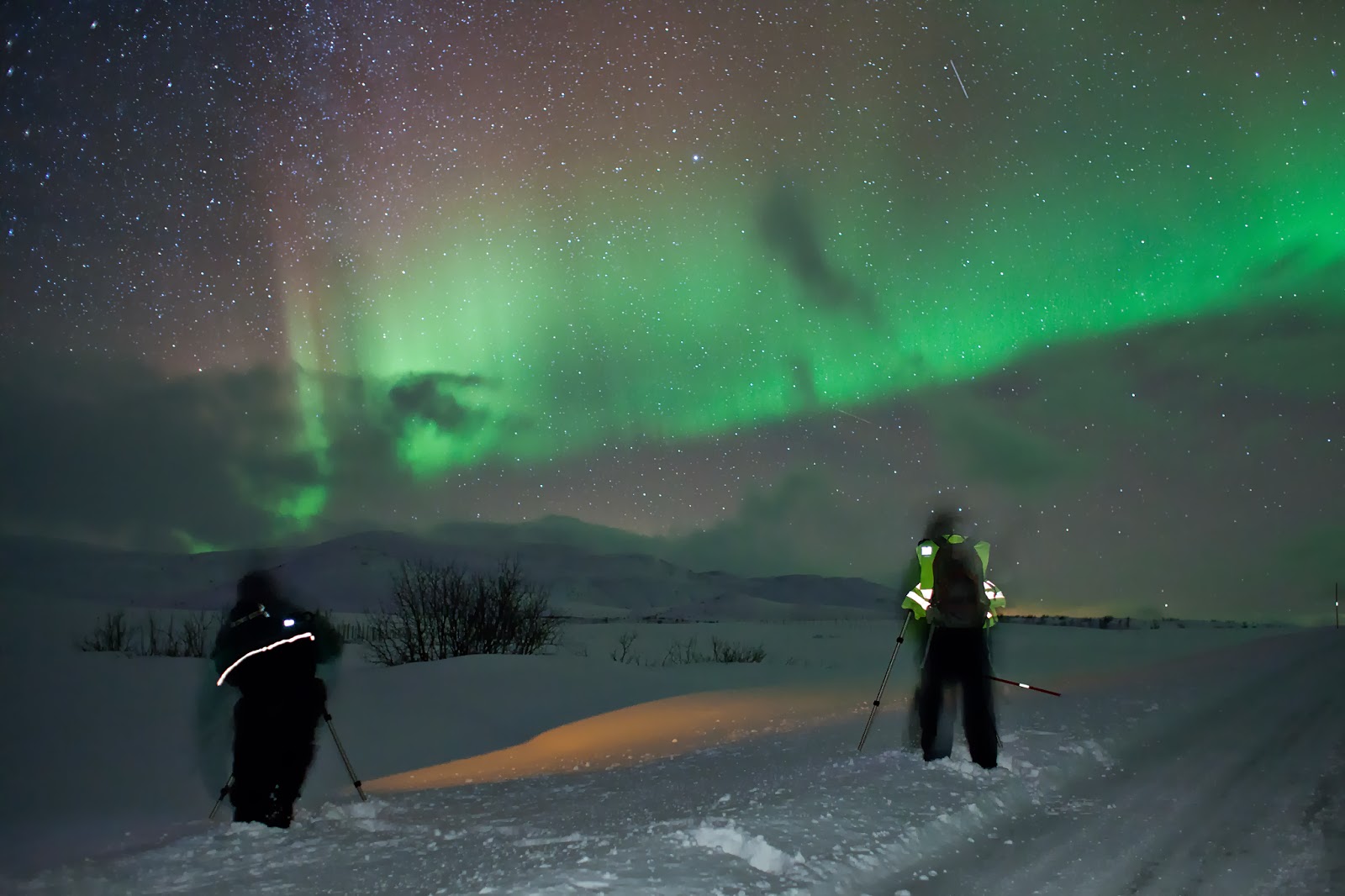 We were up on the tundra, far away from fjords and steep mountains so I made some variations over a bush: 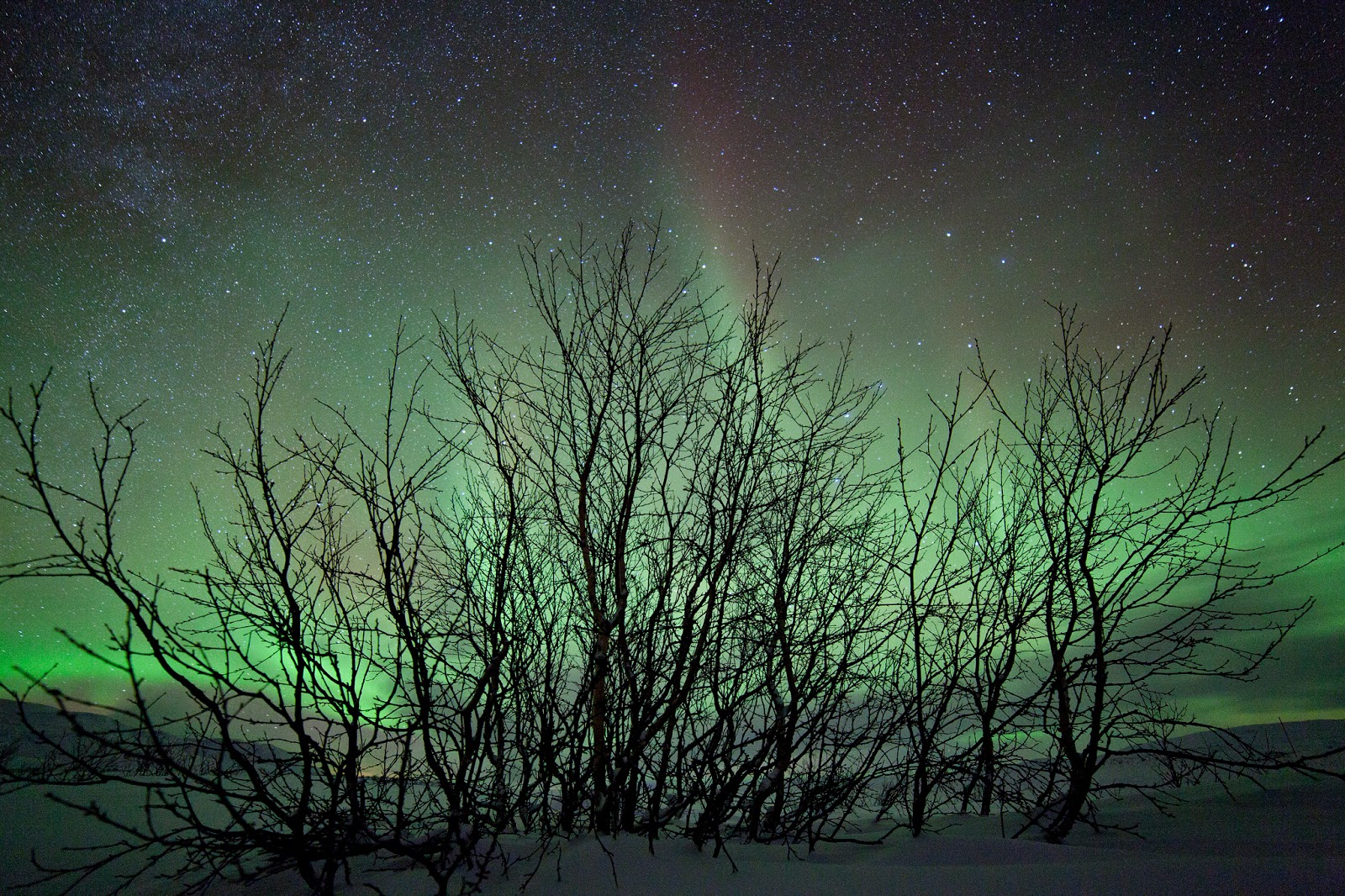 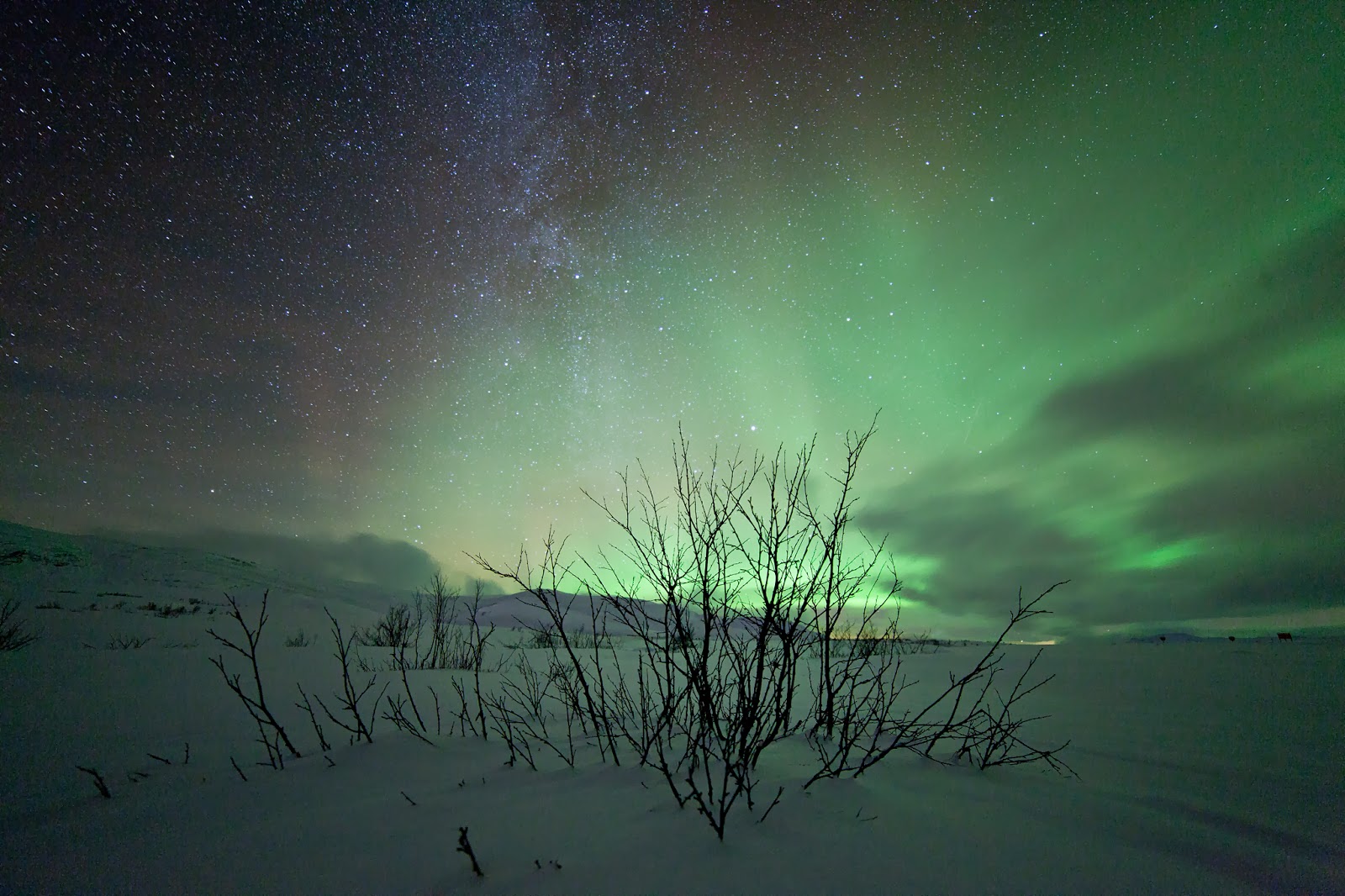 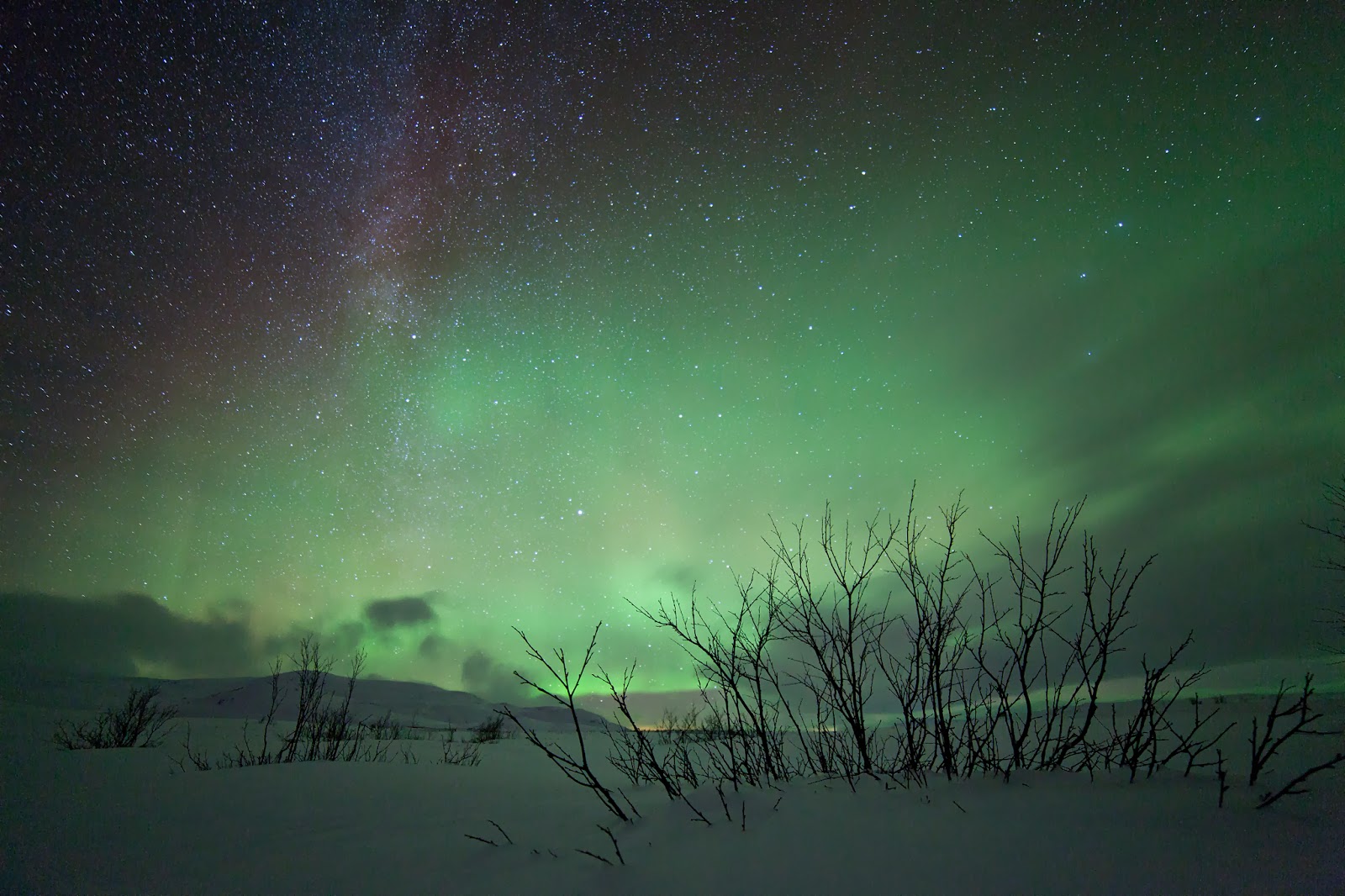 And the Northern Lights Route, E8: 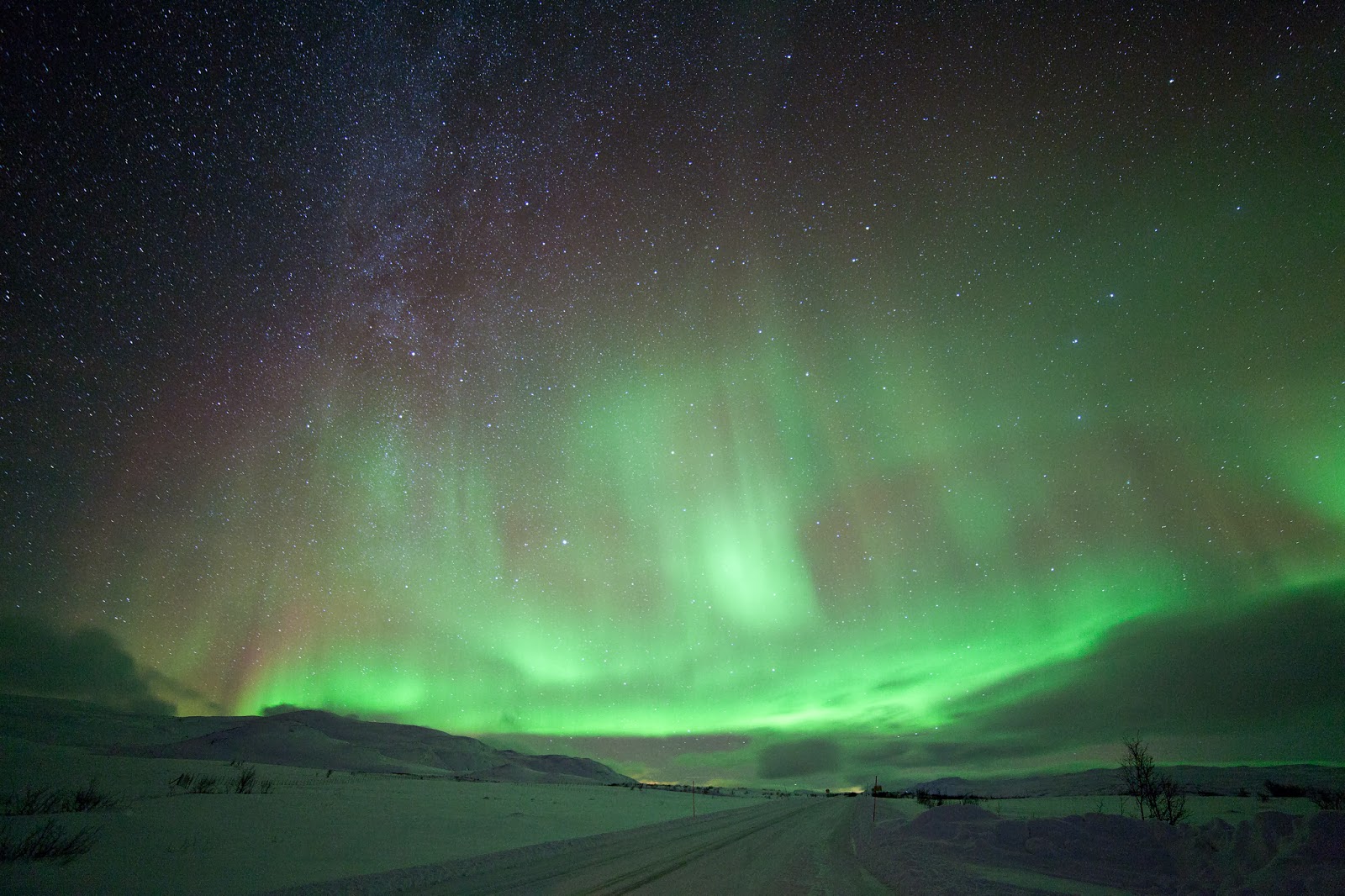