The wind is from south west. It's raining. The clouds are hanging out low on the mountain sides. There is a rumour about high solar activity. The gang who's been out with me two nights before wants to try again.

When we left someone thought it would be impossible to see anything. Someone thought there was a good chance and someone went along for the Oreo cookies.

Skibotn was cloudy, but the border had some open spots. In those open spots Aurora was waving to us. 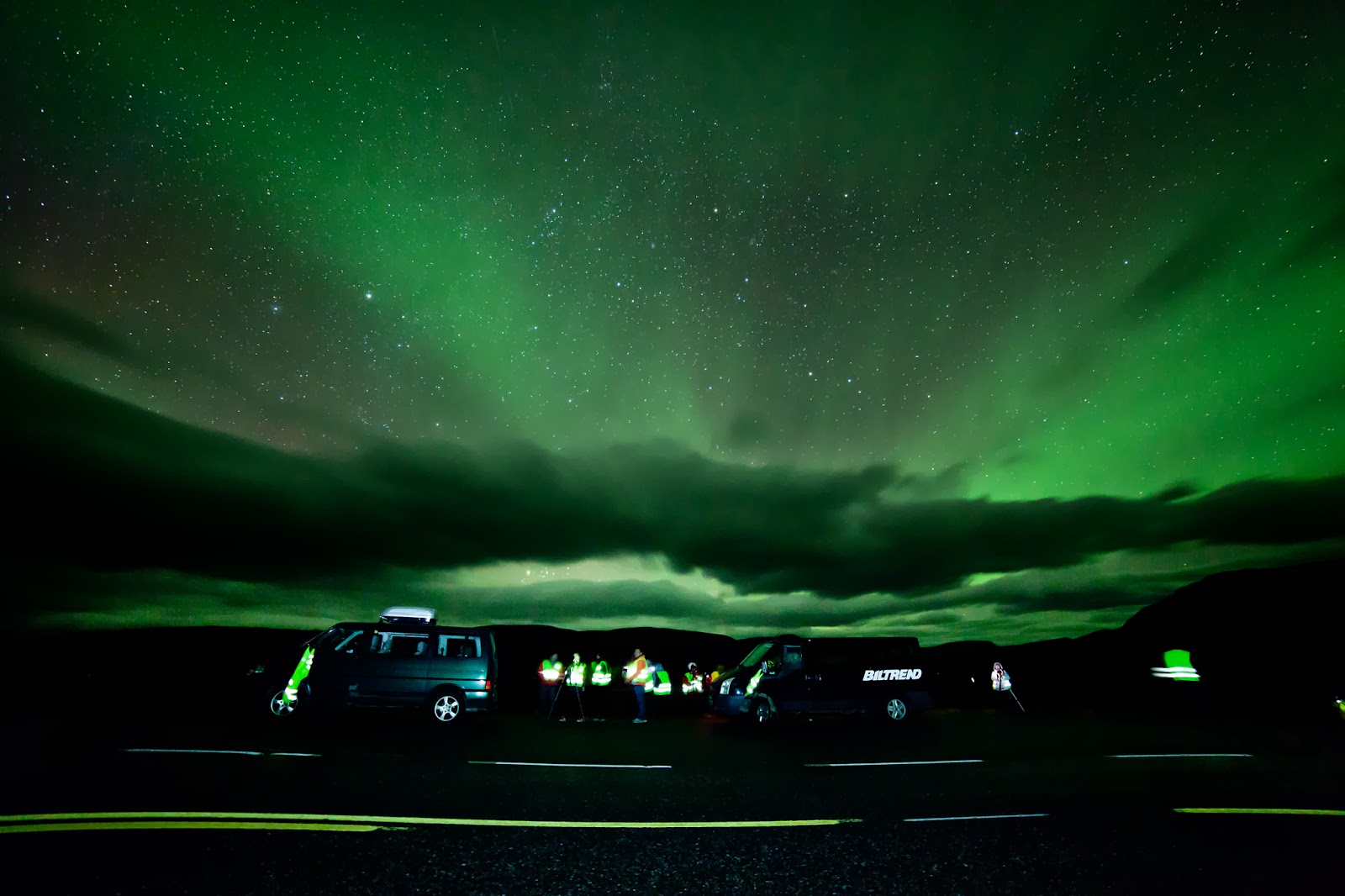 The next day, the weather situation was the same. More optimistically this time, we headed out. The sky was clearer than the day before, but Aurora was not to be seen anywhere. I was texting with my friends at http://www.greenfoxguiding.no/ and http://chasethelighttours.co.uk/ and it was the same for them. They found clear sky, stars, darkness and no Aurora. No one said it was easy. 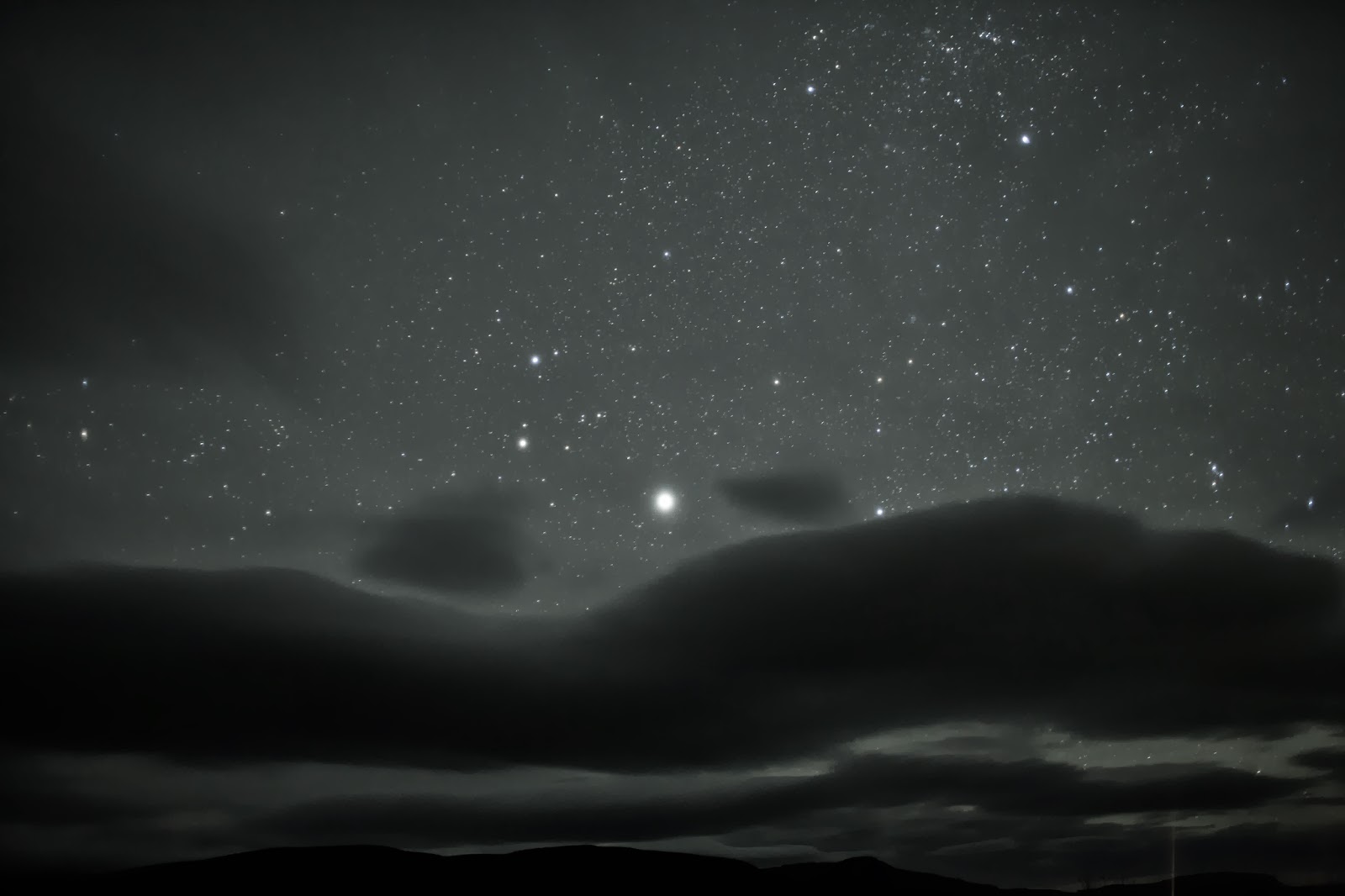