Hanging Out with the Wild Bunch from 37 Frames 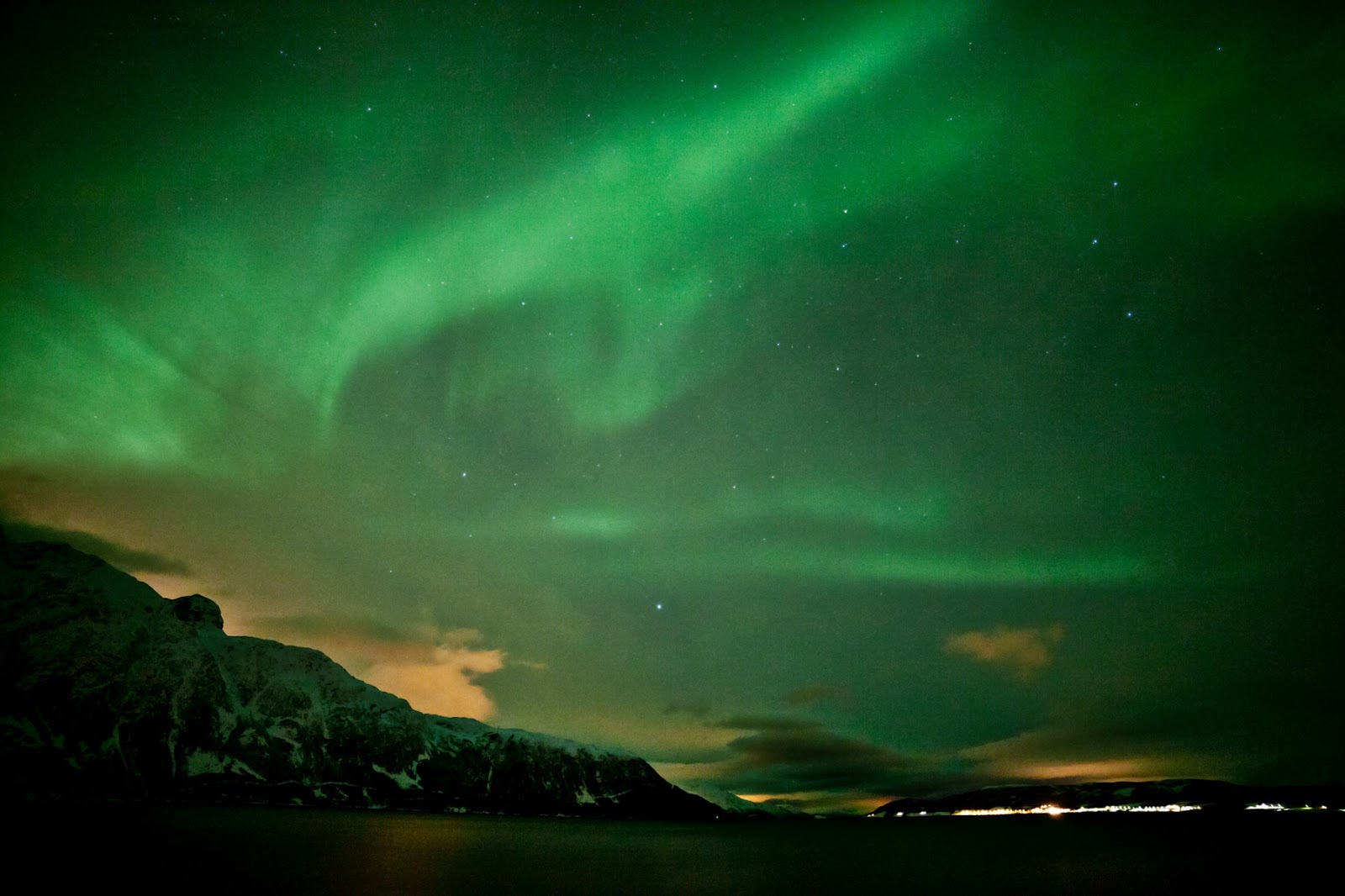 A group of photographers from Japan or shall I say somewhere in that corner of the world came up to Tromsø to pay us a visit and to go Aurora chasing with us. We spent three nights and an afternoon together. Tracey Taylor and Dee Green are two very talented Australian photographers who live in Tokyo, Japan, and run 37 Frames. They put together a group of photographers and came exploring the north. I have to admit that I have rarely been with such a positive group of people. They are writing a series of no less than 3 blog posts from the trip. Read the first one here.

In the blog they mention a five seconds long time lapse that they did the second day. I made a short little answer to that one. Check it out:

On the third day it was cloudy, cloudy and then some more. We drove and drove, and ended up by the Finnish border. Normally people who don't get to see anything because of clouds just sit in the car. Not this gang. First of course we had to prove we were on the border to Finland. 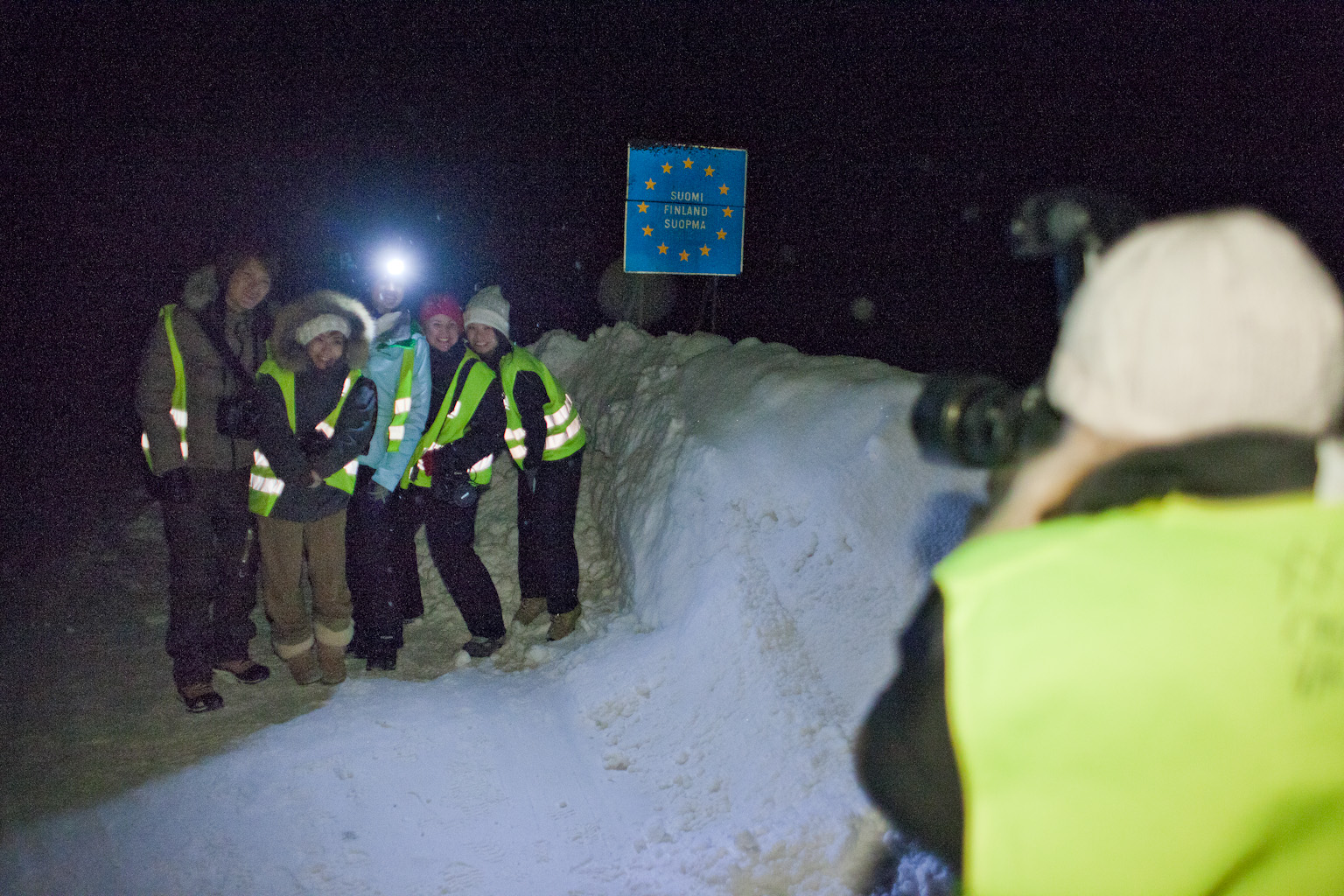 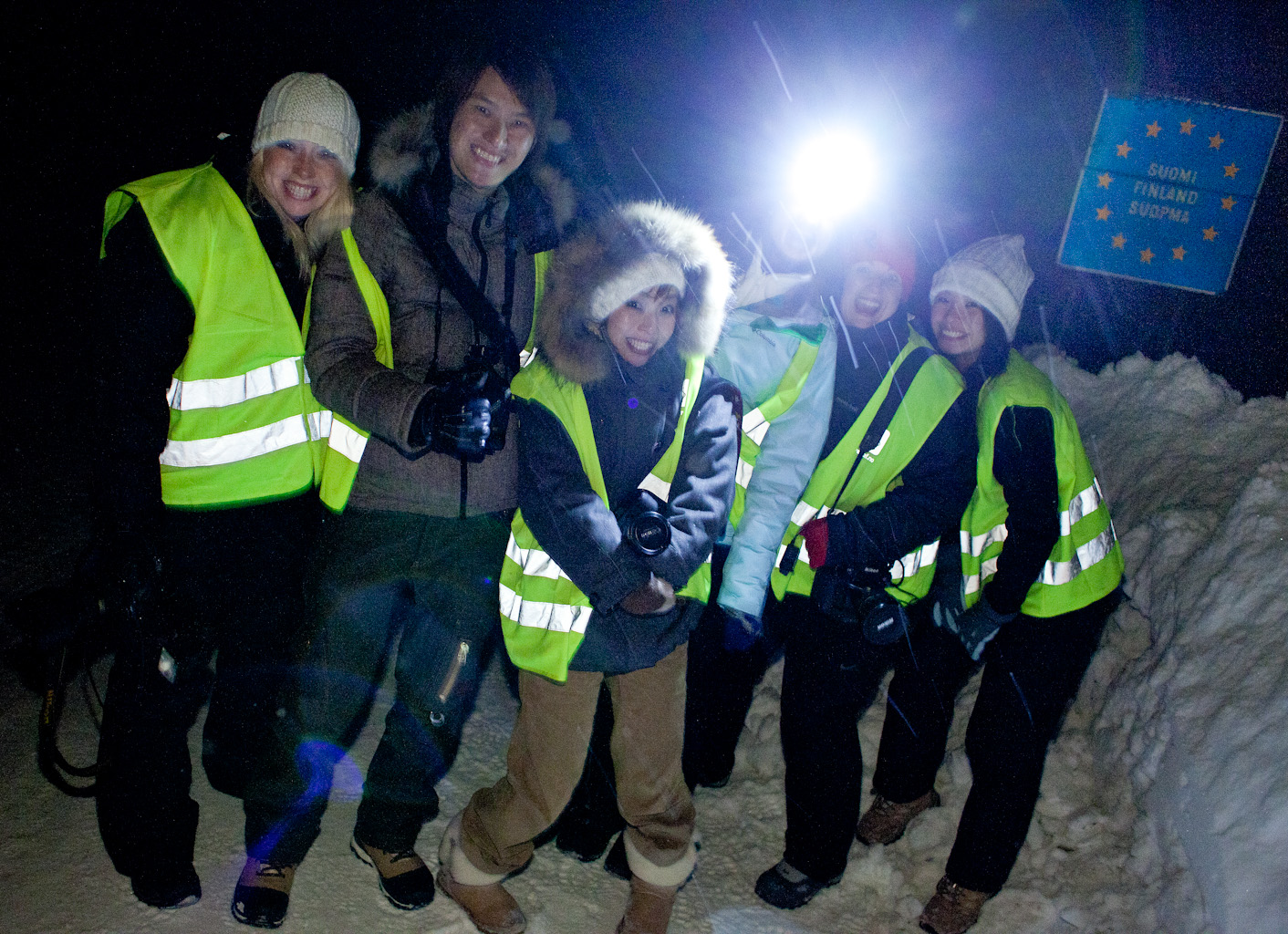 Then Tracey and Dee started doing their thing. Which is photography! 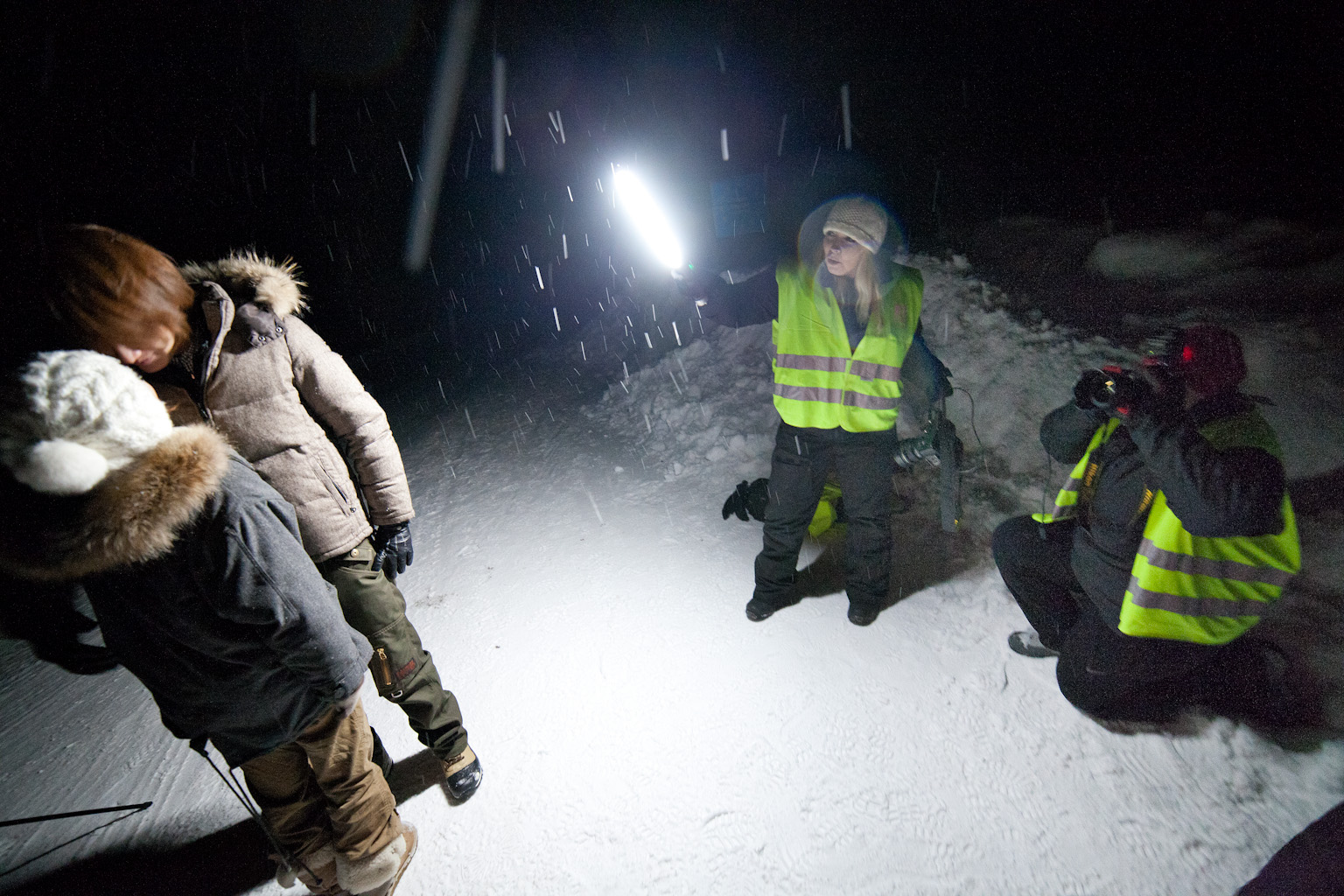 They used two light sources and made some really cool shots. Some of them are here and here and even here. 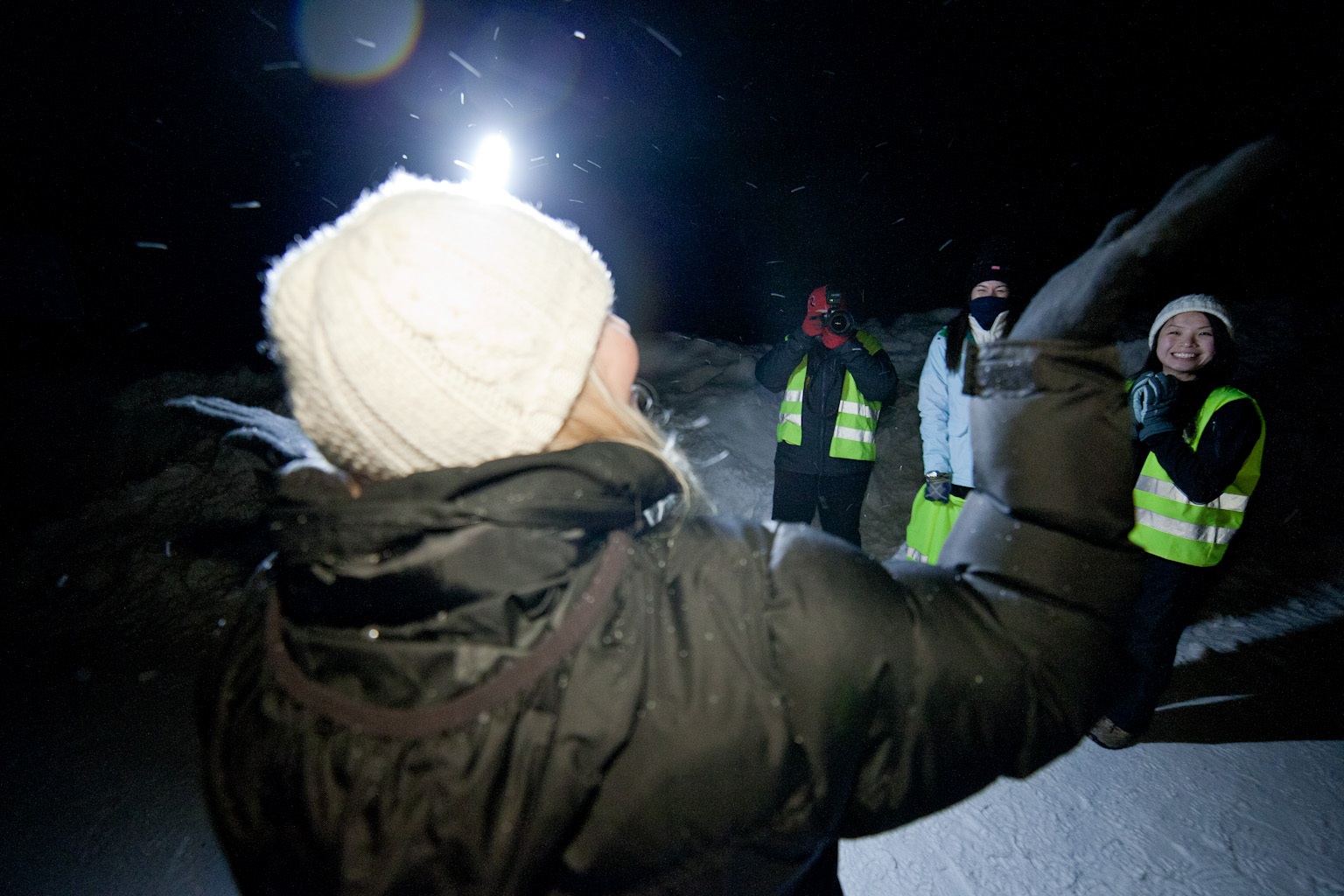 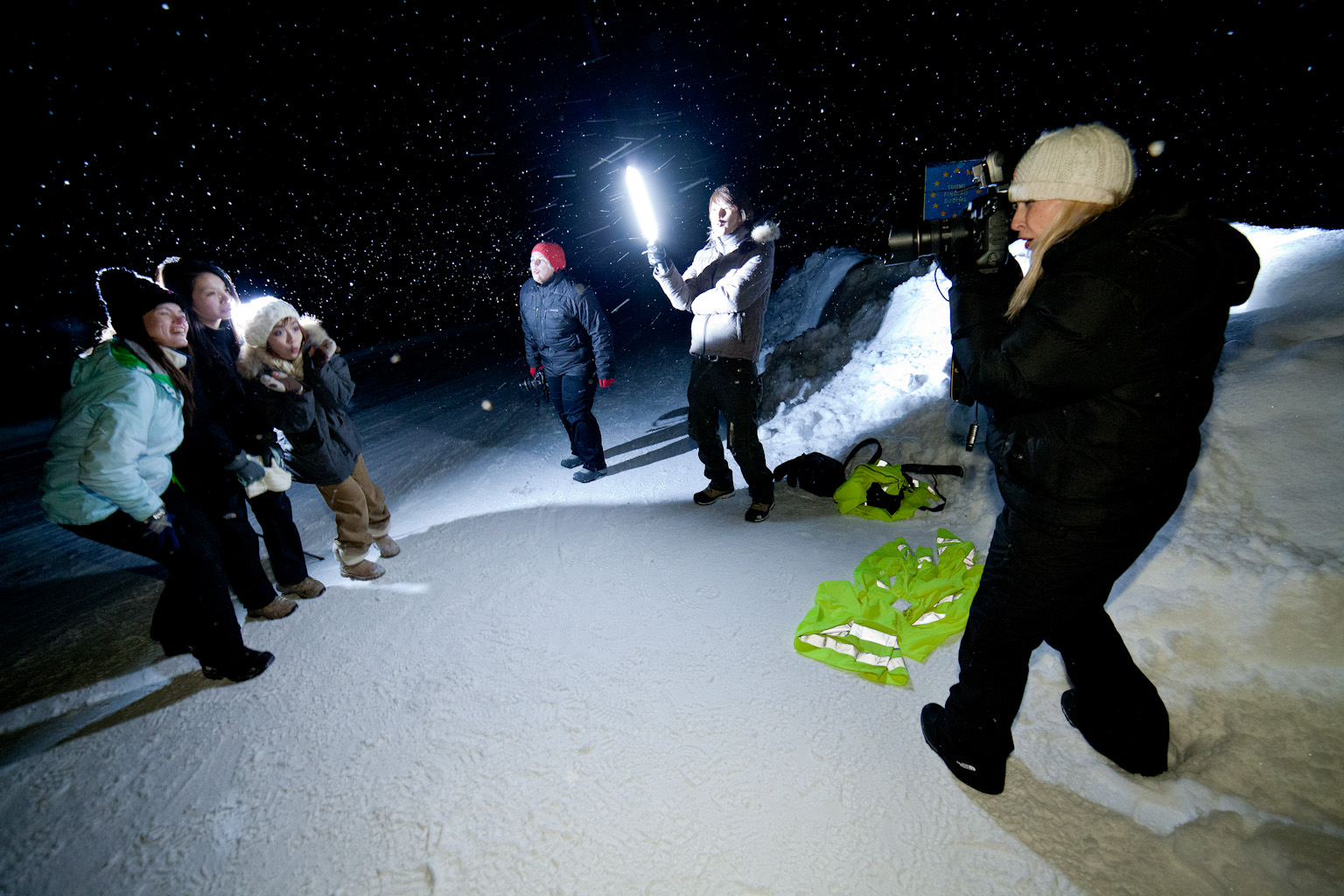 Then a little chimping: 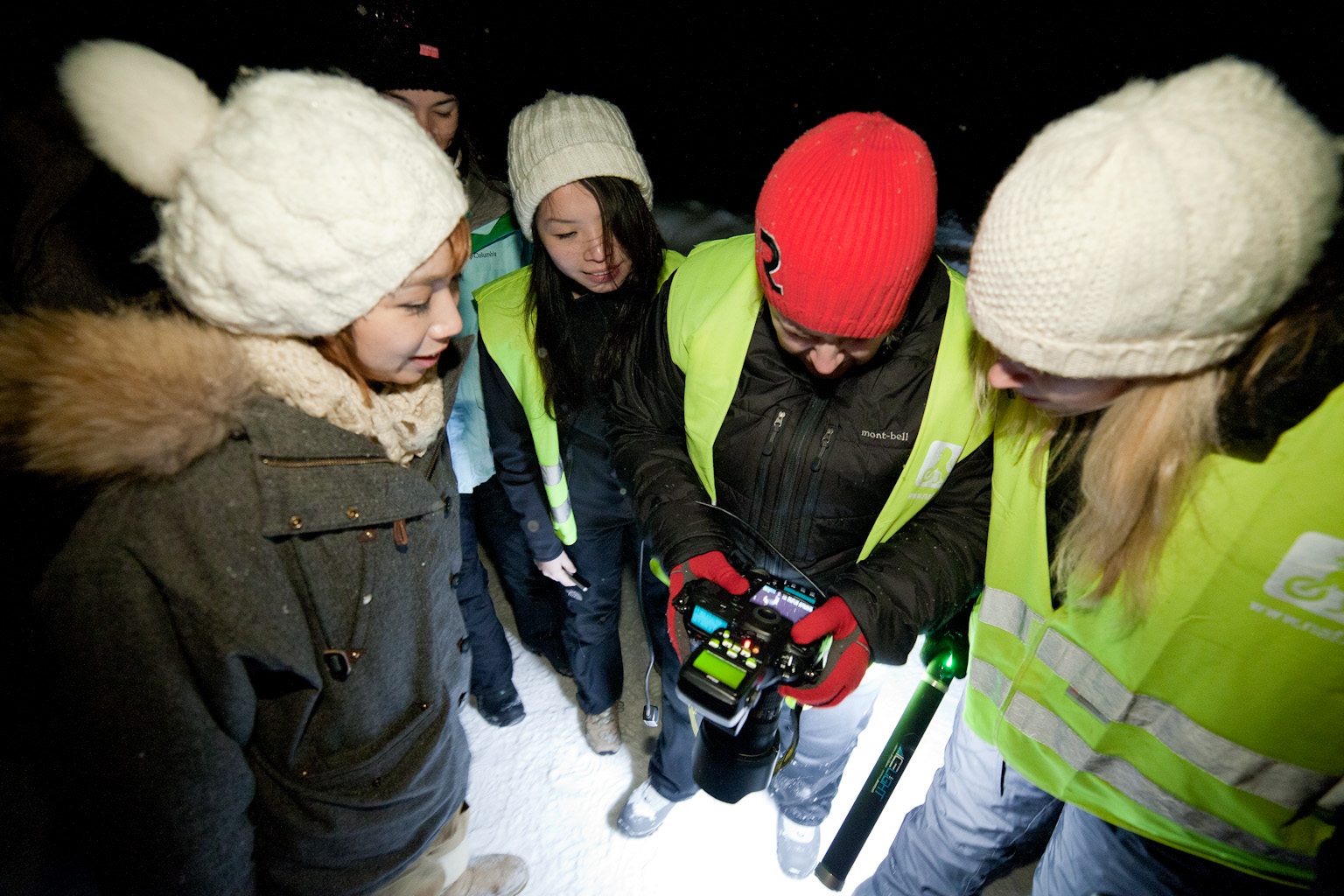