Sometimes sitting on a rock is enough. 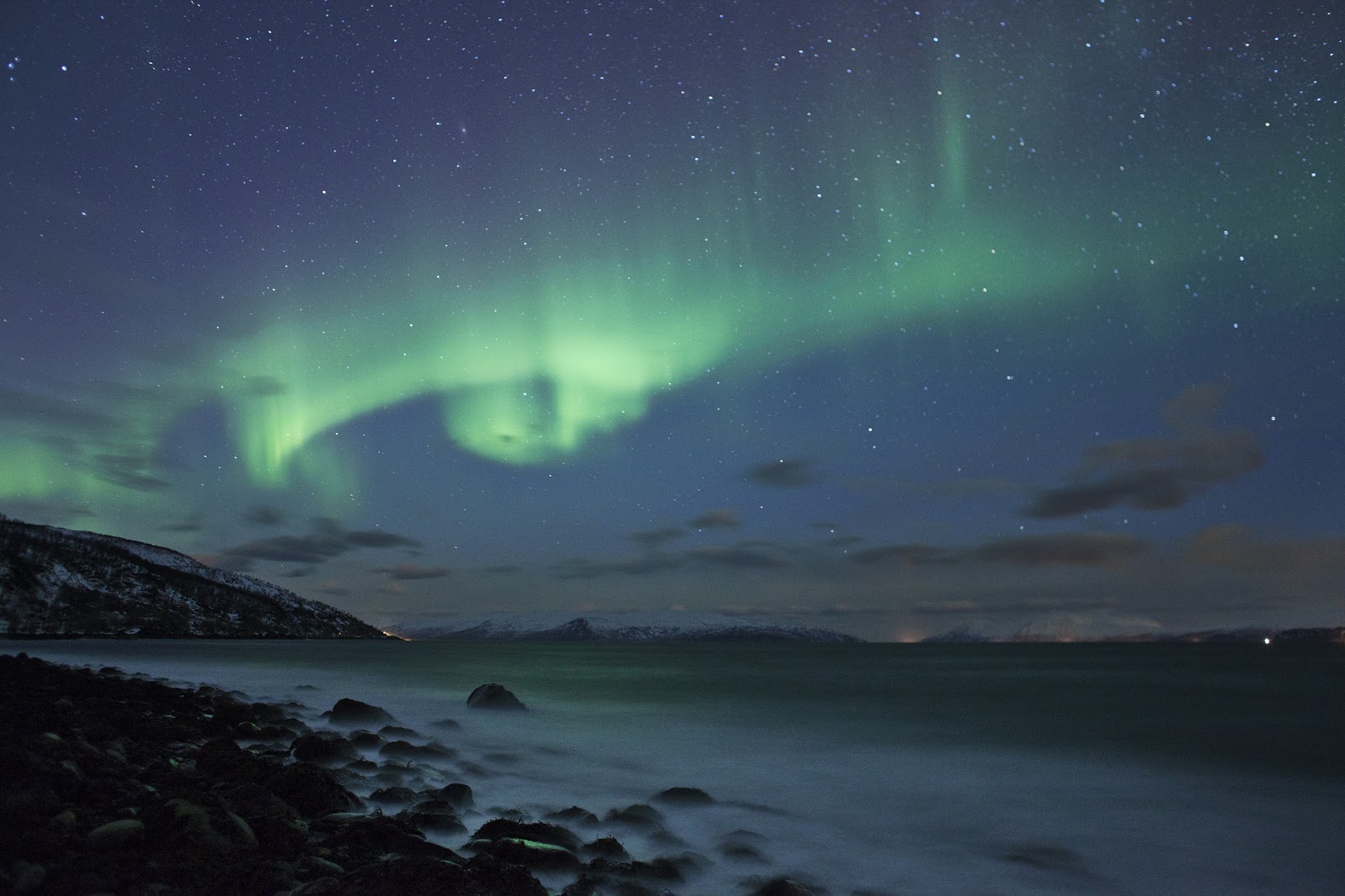 The last week of February was really tough in many ways. The weather was bad everywhere. Driving conditions were very difficult with a lot of ice and big dams of water on the roads. Clouds everywhere, no northern lights to be found and both Silvia and me were down with the flu. On the last day of February things changed to the better. We drove through snowy weather and I could hear a few people in the back of the van mumbling about not being able to see the Aurora. When we reached the destination it was very windy, very cold and a clear sky with Aurora dancing over our heads! 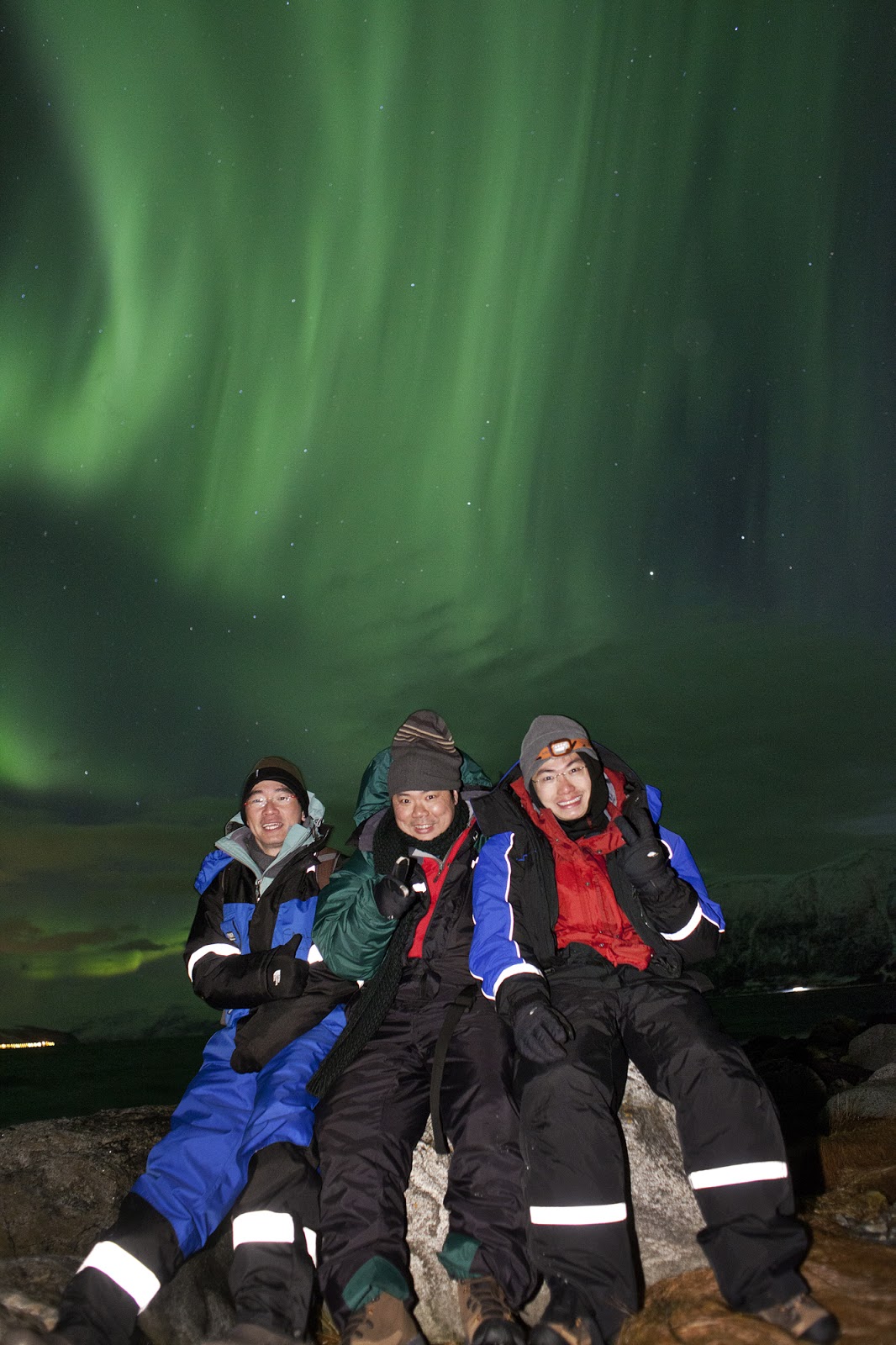 We went down to the beach and had a fantastic time. These three young gentlemen from tropical Singapore were laughed in the face of cold arctic climate as long as Aurora was having a beach party for them. 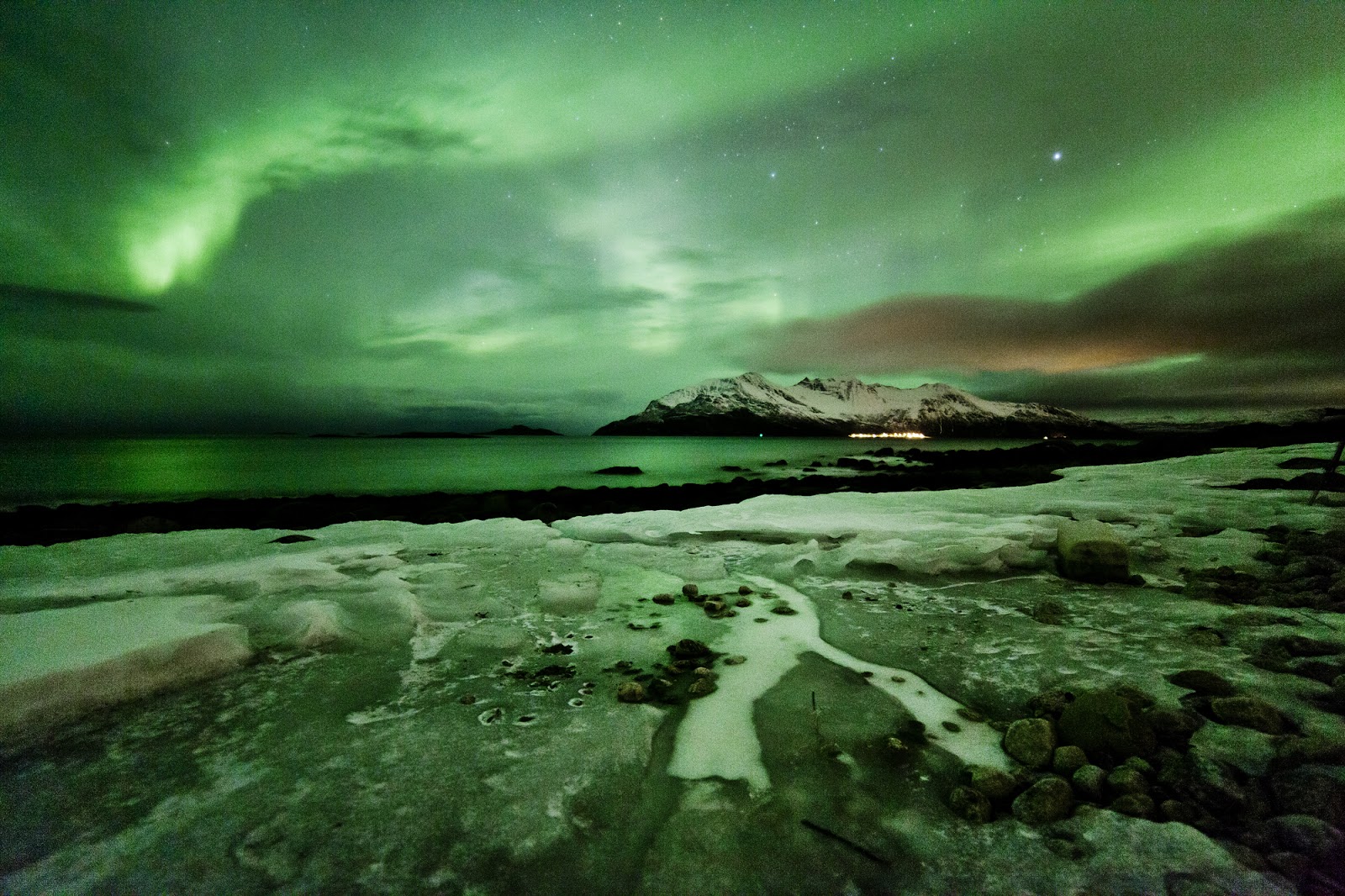 When I made this picture I was thinking of the use of foregrounds. Someone said about photography that "the World has been seen." Meaning that it is super important to try to find new angles to things. Bring your camera low, bring it high. Use the golden rule, brake the golden rule. Make pictures, don't just take them. It's too easy to get so overwhelmed by the northern lights that we forget to be photographers and just click away at the lights, forgetting to compose. 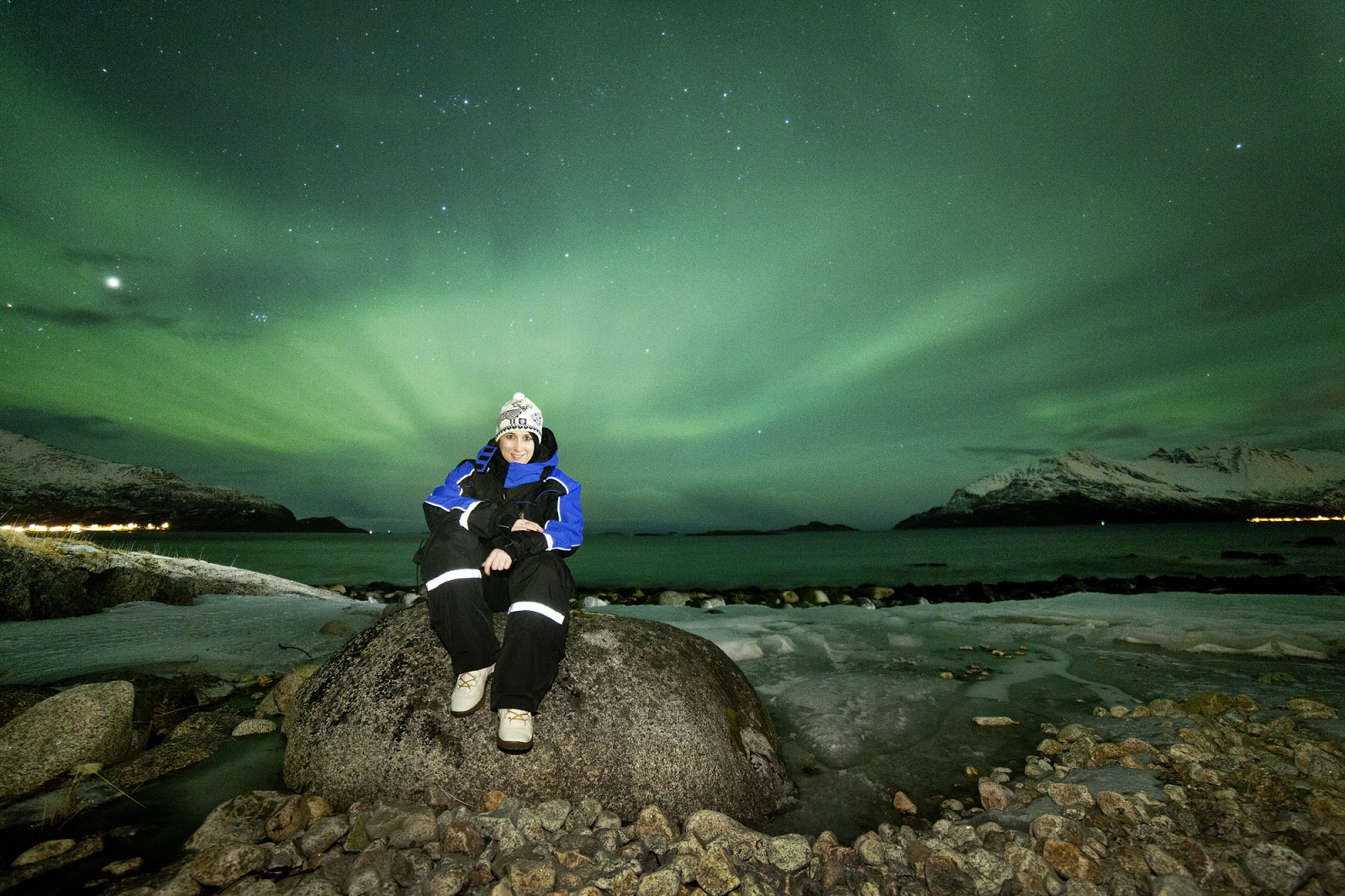 Joe McNally, a great photographer and an excellent writer about photography, says he always tries to put a ballet dancer in the photo. So I did. Unfortunately Mariann Csikesz had hurt her foot so she couldn't strike a pose with a foot in the air or something. But she did great just sitting on a rock. Sometimes sitting on a rock is enough. We let Aurora do the dancing. 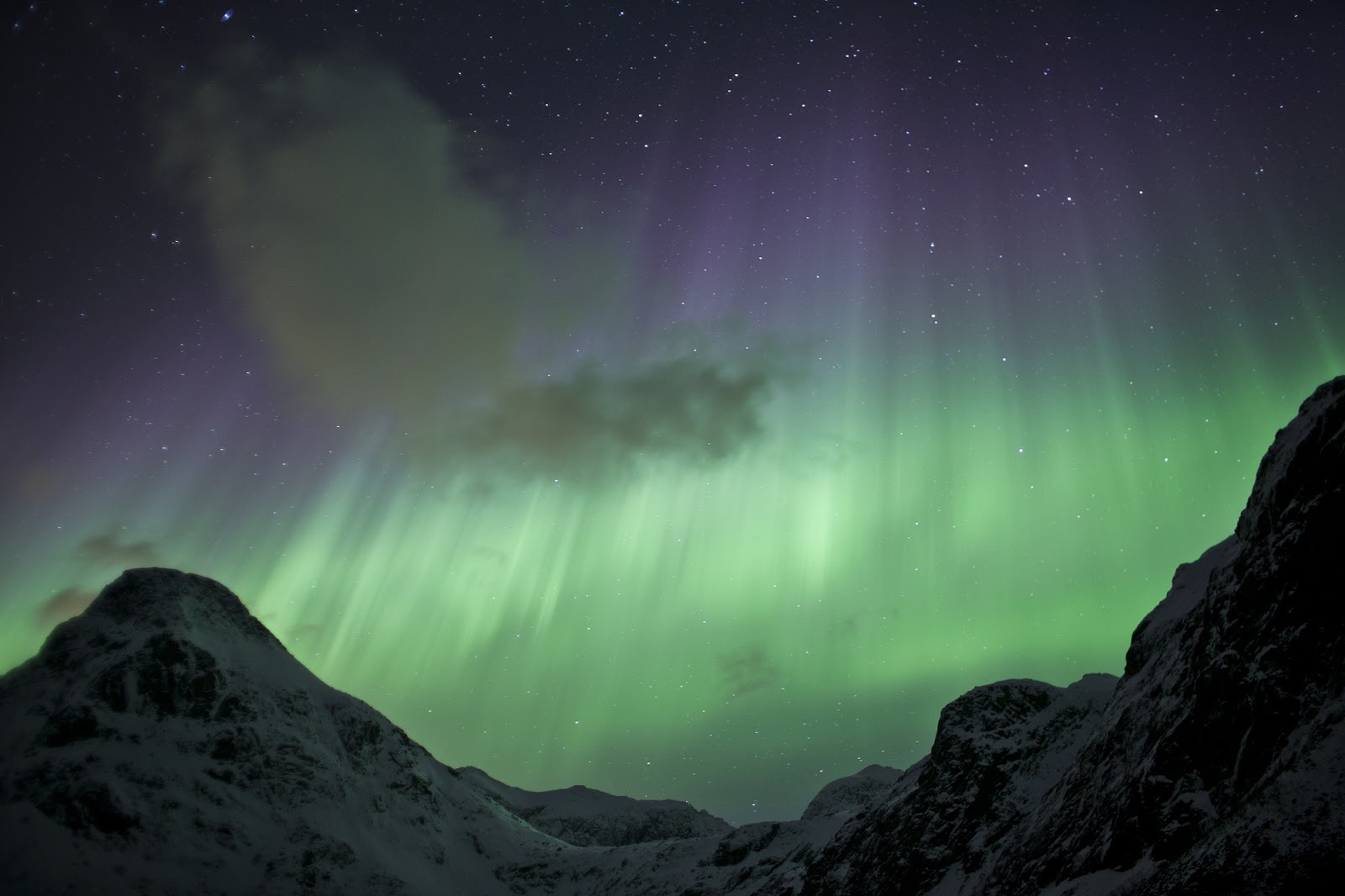 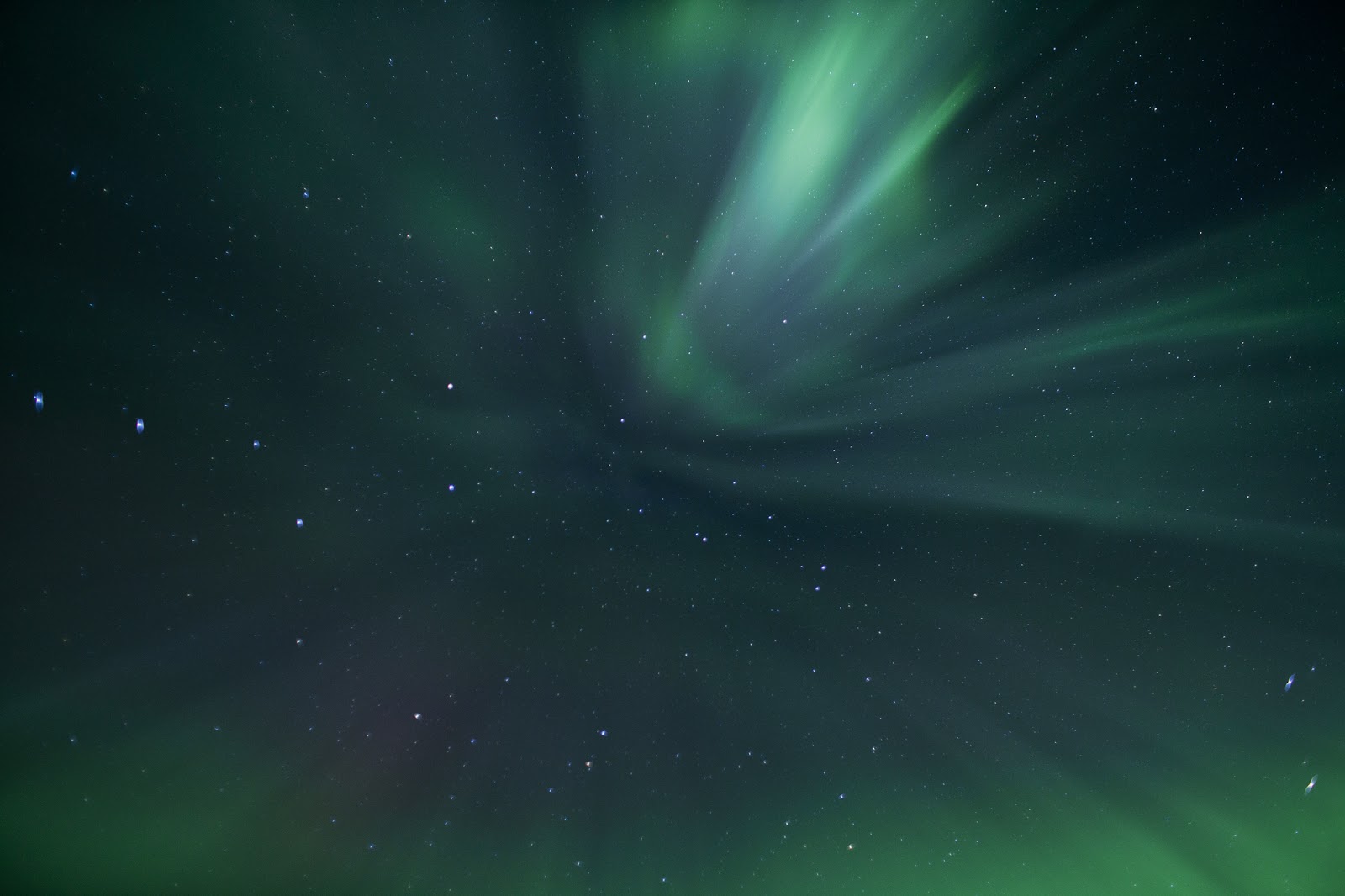 Next time when I am back hunting the lights with you, I'll take a pair of ballet shoes;) thanks for the wonderful time up there in the chilly North:) Marianne