Serene and Kelvin wait patiently and get rewarded.

The clouds were hanging thick over Tromso, and the wind was from the south west. We decided that the best thing would be to drive to north east. We drove to Skibotn in Storfjord and found a beach. When we arrived there was another bus there. Thus we were careful with our headlamps and went to the other side of the beach, a few hundred meters away from the other group. This way we didn't ruin any of the photos they were taking, and we didn't ruin their night vision. 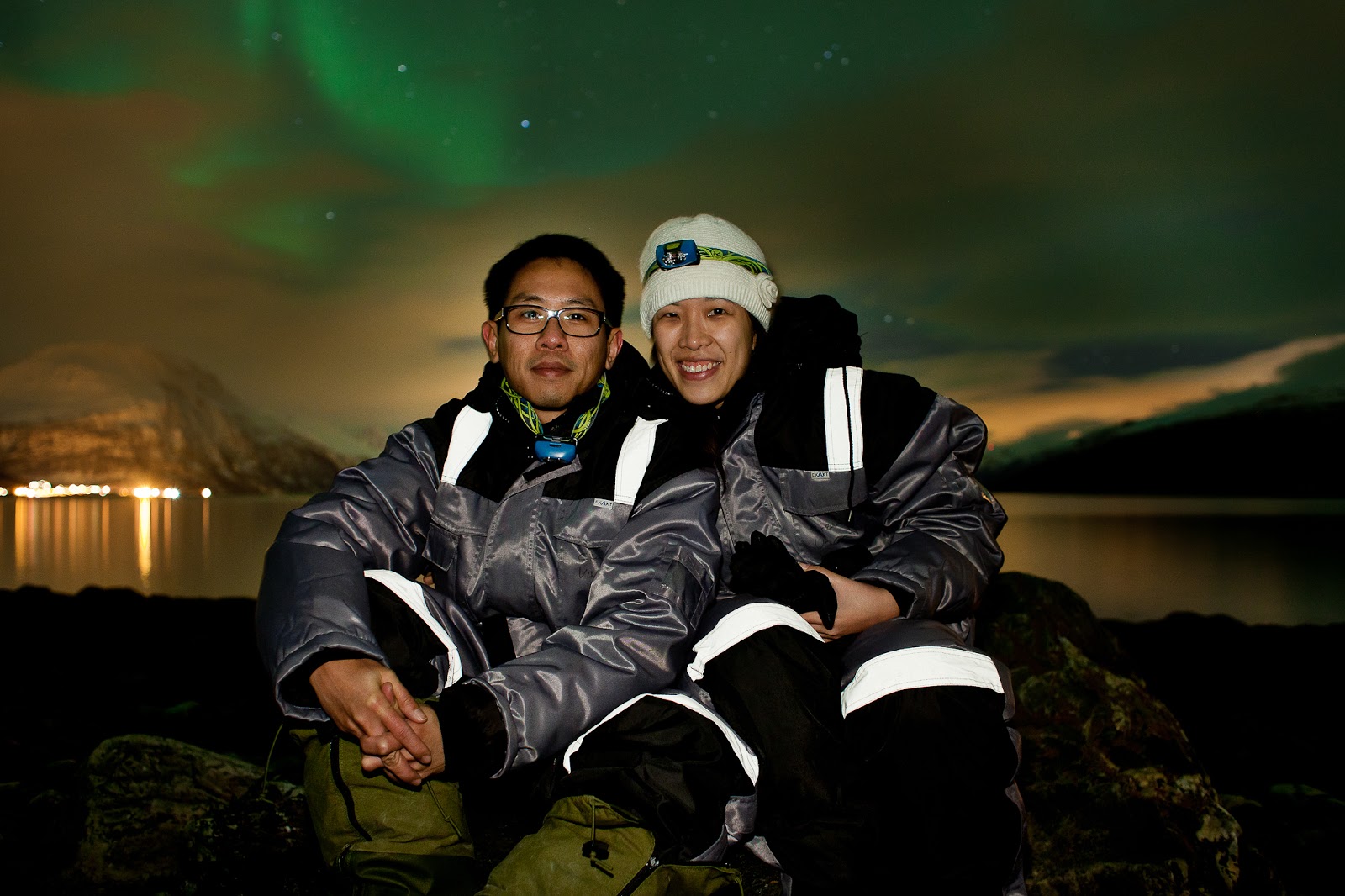 (Kelvin and Serene with their headlamps are off)

The northern lights were at her full beauty and Kelvin was shooting away, making tons of nice pictures when a third group decided to crash the party. To find the beach they lit up their lights in full power and directed them straight on us. To make sure they blinded us completely, and to ruin as many of Kelvin's photos as possible, they came down one by one, instead of together. Since the beach is very long we found it best to move further away because they seemed to enjoy their headlights more than the northern lights. 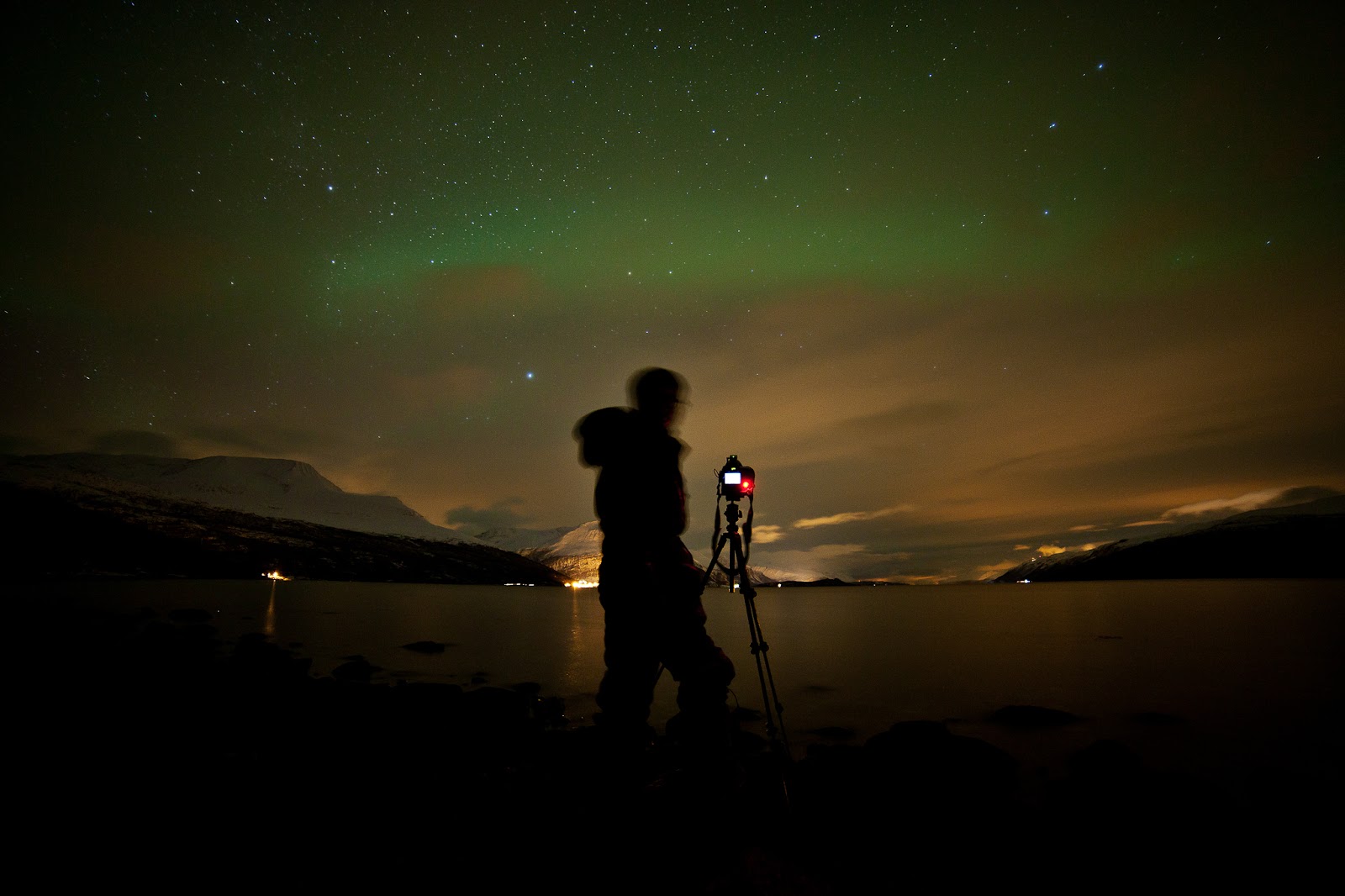 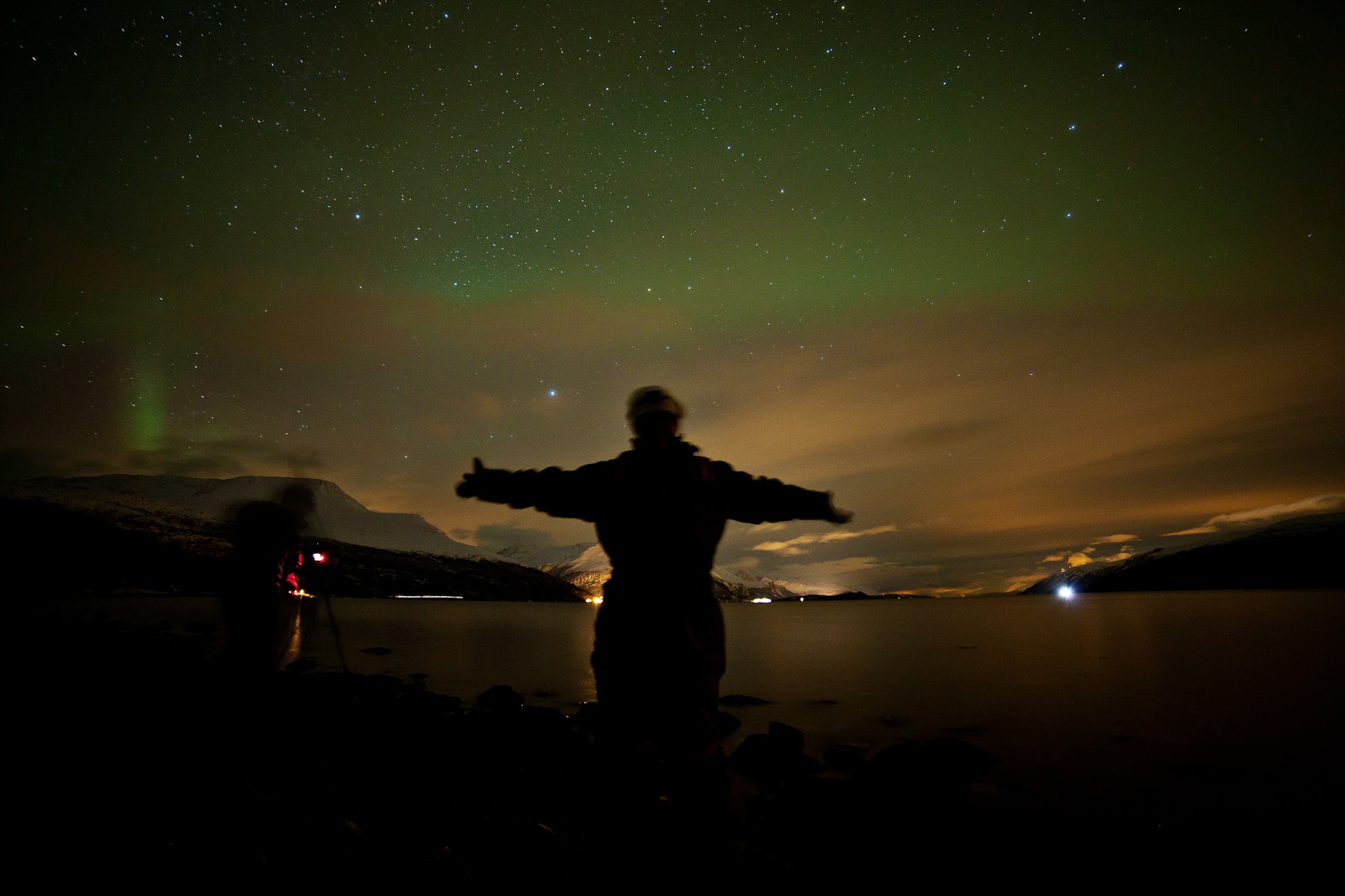 After a while the northern lights got dimmer and eventually vanished. The two other groups left, but we decided to wait a while. After some soup, coffee, tea and chocolate cookies, Aurora rewarded our patience and danced for us again. 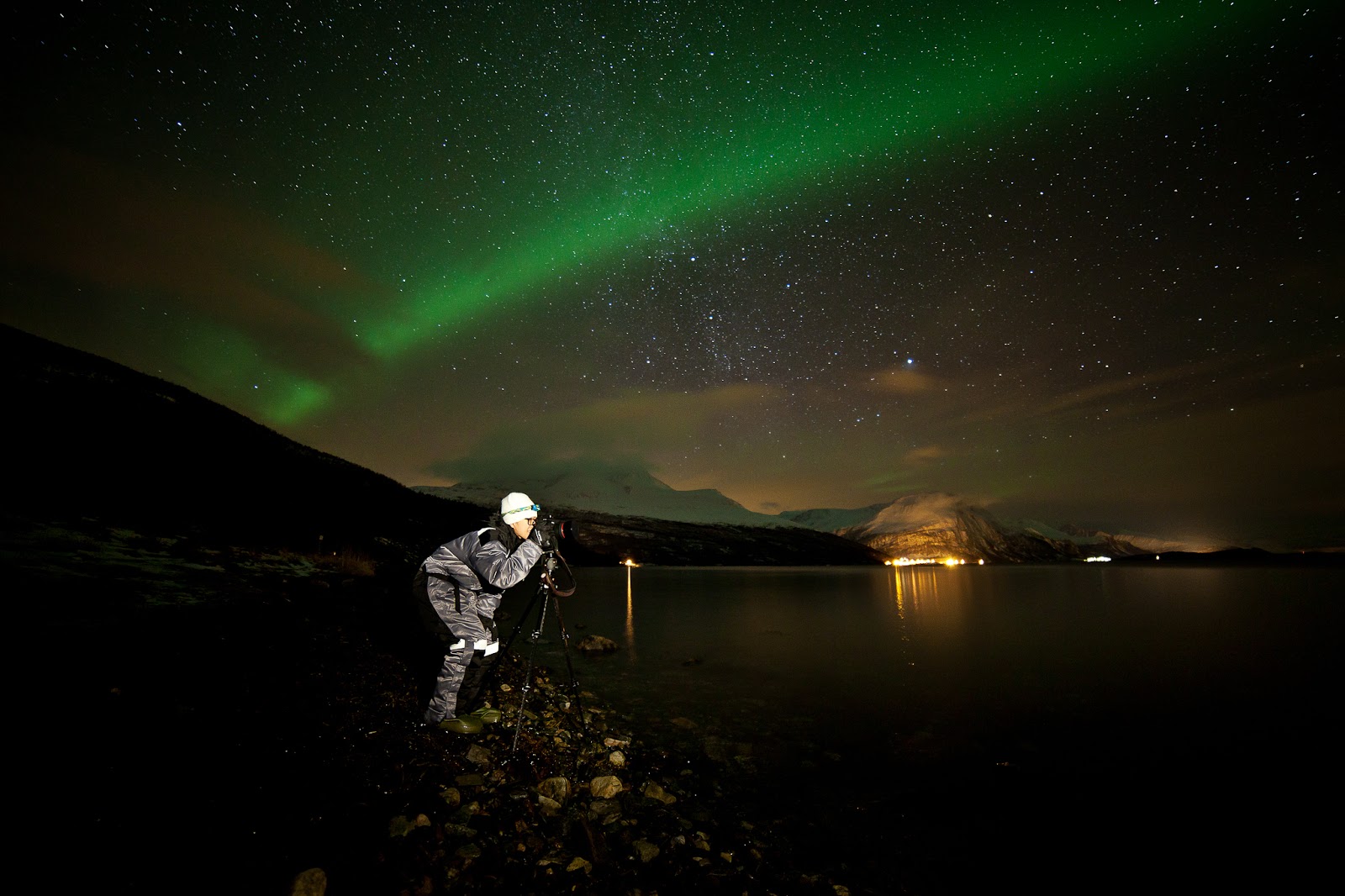 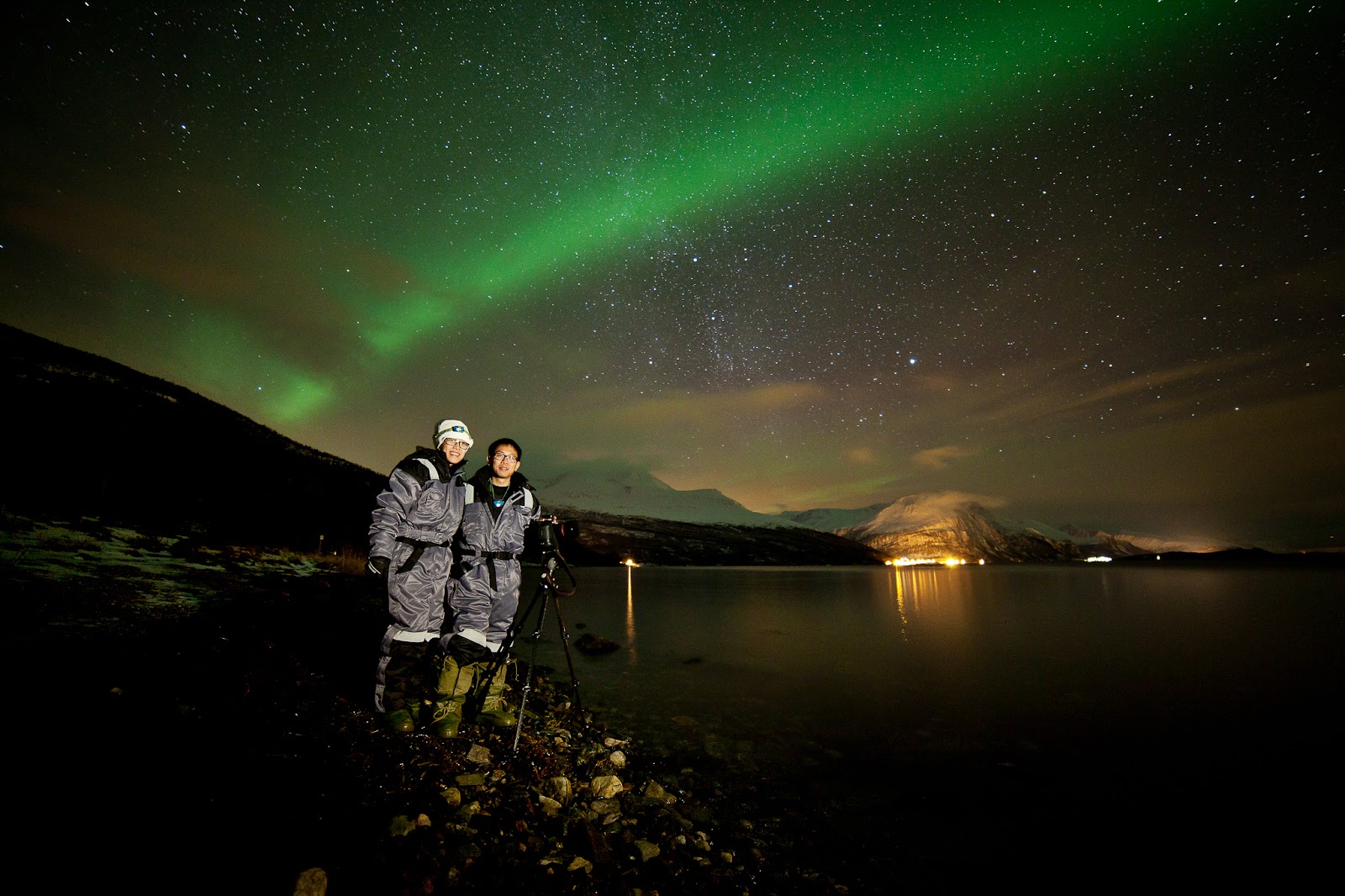 Kelvin was kind enough to lend me his 85mm f/1.2. I think this image shows how a long lens is very good for  northern light photography. I still think wide angle lenses are the most useful, but don't leave your long lens at home! 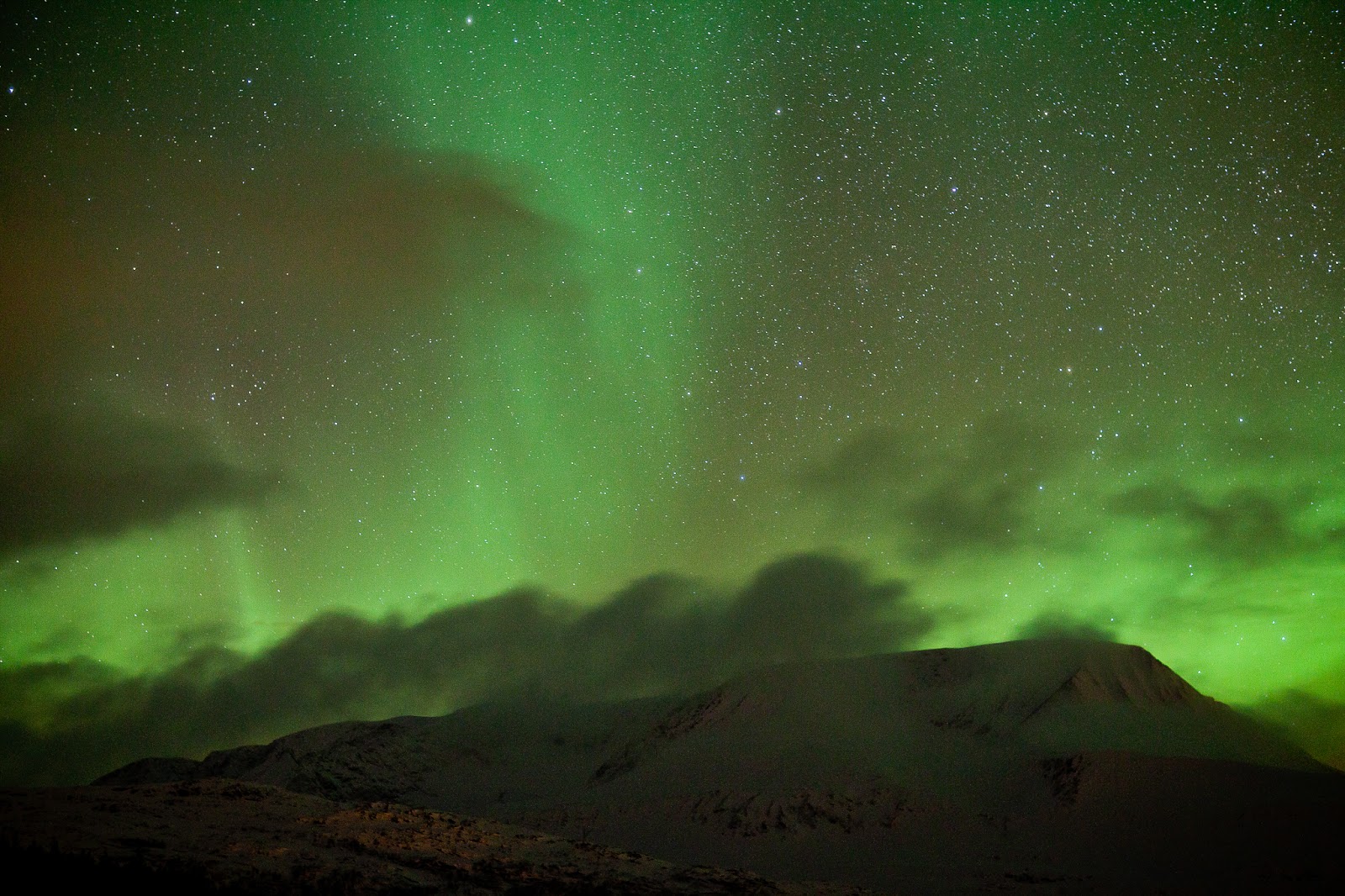