Arrive in style to meet the diva 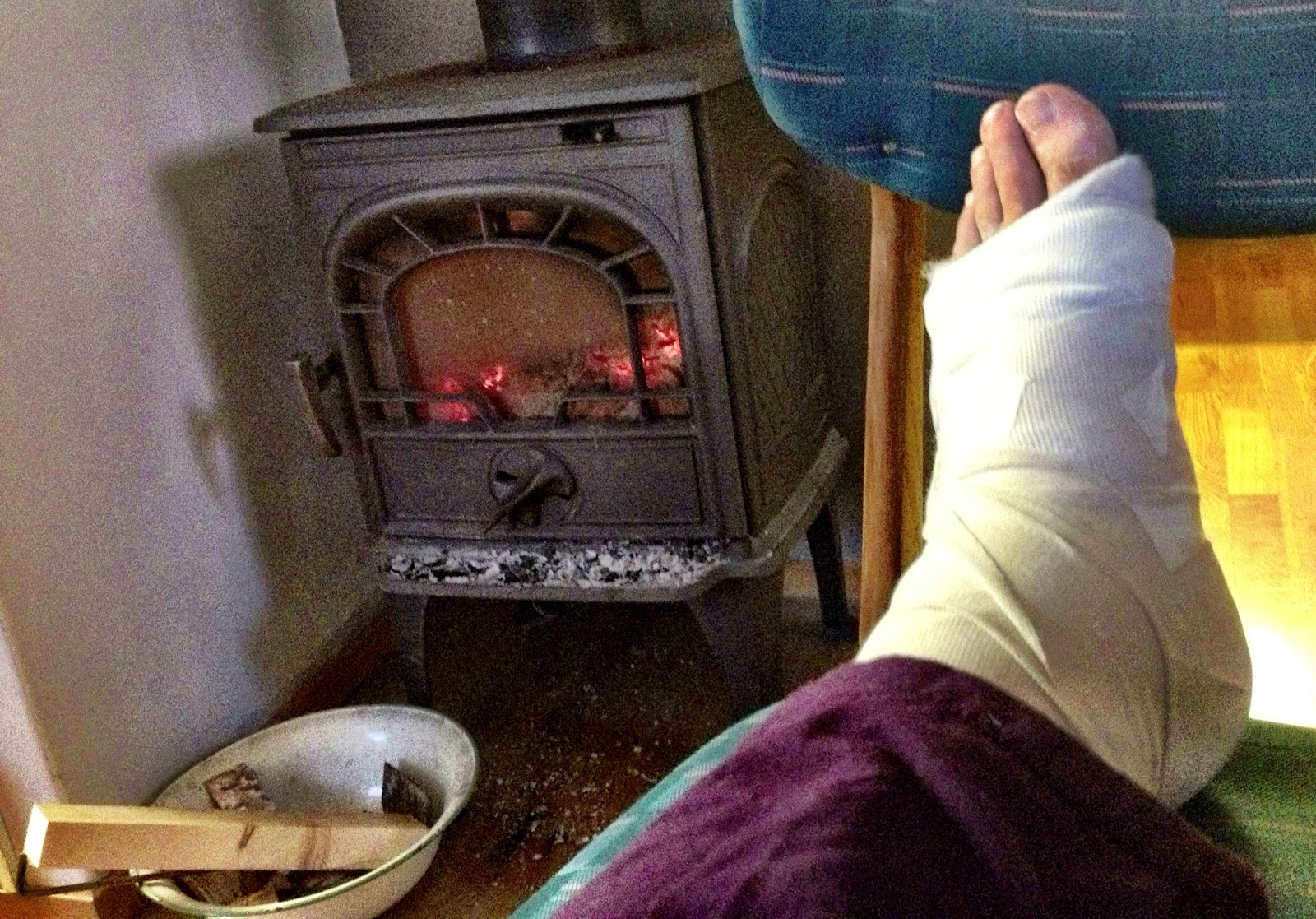 Everything happens at once. Just as the season was about to dick off I had a bike accident. I was mountain biking here on Håkøya. I had almost finished my tour and had gotten off my bike when I slid and managed to break a bone in my left foot. Needless to say I was in a lot of pain, but thankfully Silvia was at home and she gave me a ride to the doctor who sent me to the hospital. I spent the night in hospital, and five days recovering. I still cannot walk, but I can talk. So we managed to keep up the Aurora tours without more than  two cancellations.

One of the things we did was to hire a bus. Although we just needed a small bus with ten seats, the only thing we could get was a 16 seats bus. To cover the extra costs we then decided to fill it up. The interest this last week end was so large that we had more than 16 who wanted to come.
Talking to the driver about the situation and our need for a 17 seat bus he had another suggestion:
"Why don't you take the limo?" he said.
"Too expensive" I said, "but, it would have been cool."
At the end we agreed to use the limo in exchange for photos. 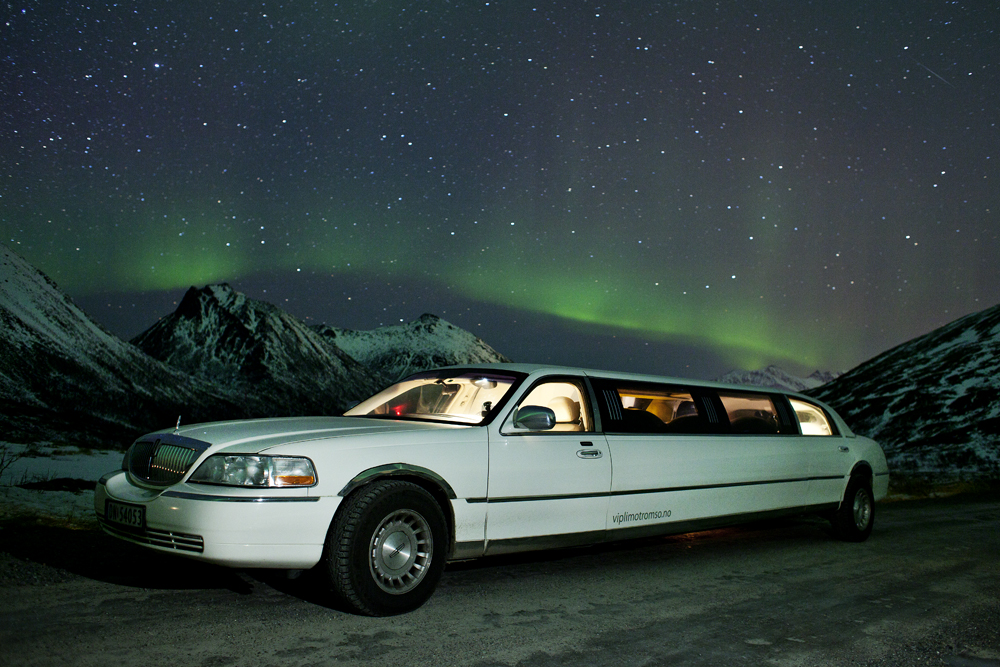 It was a huge success for our guests who got to arrive at their date with Aurora in style. I think Aurora also liked it. She is a diva after all. Aurora replied with giving us the best performance this season. It lasted several hours.